Yes, victims of terrorism die every day, And yes, I have been to and have written from many of these places.

Last Sunday I was in Piraeus, in Greece, where refugees fleeing terrorism and war continued to arrive. That Sunday four children died. Just two weeks ago another horrendous attack took place in Baghdad, but nobody seemed to take notice.

Was today any different? Yes. I won’t deny it. As was Paris. But the only difference was that it happened in places where I have loved ones. We desperately need to hear that they are safe to bring relief to our worried hearts. I was leaving home to go to a meeting and I urgently needed to find out if those “who are mine” were well. If E. was still at home or already at the airport with the kids, if the rest were well, if my friends were well. M. created a private facebook group for us to communicate, which we did throughout the day. And it was also different because I received many messages from those I love and who are at home, such enormous comfort to know we are loved.

But I don’t want to be a hypocrite, but whenever I’m in a place where I see death or I hear of deaths, those who have lost everything, including their loved ones, I also think they have people who need them, they also have a life, they were also carrying on with their normal daily life until it was completely destroyed.

I’m tired of this unequal treatment. I’m fed up of being more important than others. These attacks are not only taking place in European cities. There’s a whole world which is being wiped out of the picture and we can’t let that happen. Each time we do, a bit of our humanity goes with it.

Mid-morning I went out to buy some food so we could all meet up at my place. In the afternoon I returned to Parliament. The city was practically deserted, a few people out there looking downcast and heavy security and police all around.

We despair listening to European leaders. It’s ugly to use random deaths and, unbearable for people like us -  whether from Brussels, Baghdad, Beirut - to stroke fear, to feed xenophobia, to defend a so-called superiority. Terrorism starts to get mixed up with immigration and with refugees. They make fools out of us, telling us that the answer lies in an even more vigilant society and even more securitarian society. That’s what they’ve been doing in recent years and they haven’t prevented a single attack. I’m fed up of them pretending that they aren’t aware of the monster they are feeding.

The recent behaviour of the major world powers against terrorism is an atrocious duality. When a tragedy like this one takes place, they always tell us that we’ll unite in fighting back. That’s a lie, we are still divided. We continue to turn a blind eye from the millions that some countries profit from weapons, medals of honour and other awards to Saudi royals, shameful deals with leaders engaging in double dealing and feeding terrorism, to the purchase of crude oil extracted from wells in territories that are occupied by terrorists because the financial deal is worth it. Terrorism has no borders, but it only exists and expands because of its financial health.

Today in Brussels the solidarity that European leaders insist on destroying came from the people, from taxi drivers who offered their services free of charge to those in need, from messages, from people rushing to aid the injured, from people who filled the grounds with messages written in chalk.

Continuing to play the game of fear will do nothing to eliminate terrorism. It feeds off fear. We’re are not talking about a war of civilizations. And yes, I abhor this attack on Brussels and each death hurts me. 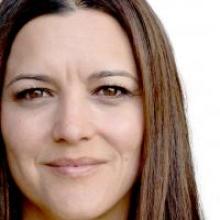