Catarina Martins said in her intervention that "the deal with Turkey is the latest and most frightening step in this route". The leader of the Left Bloc criticised that "what is underway is a new attack on peripheral Eurozone countries in the name of recomposing European banks at the expense of public resources and democratic sovereignty".
Catarina Martins 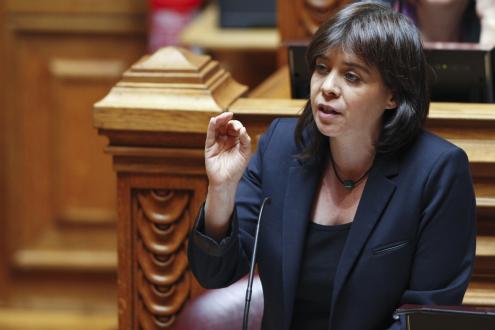 Photo by Miguel A. Lopes.

Esquerda.net/English translated Catarina Martins' intervention in the debate with the Prime Minister to prepare for the European Council, on March 16th 2016.

"The migrant crisis, or the refugee crisis, is revealing the tragic failure of the European project. The deal with Turkey is the latest and most frightening step in this route. The European Union is preparing to pay Turkey to keep the refugees and take back people who seek international protection in Europe. And why Turkey?

Because Turkey is not a country of the European Union. Tragedy can unfold as long as it is outside our borders.

Europe deals well with the trampling of basic human rights. All it asks is that it takes place out of our sight and on the other side of our European walls. And for that, it is willing to pay.

A PSD MEP put it well in an article he wrote this week, “This is the failed model of Guantanamo: sending people to a territory without the constraints that we have in ours.”

Carlos Coelho’s words nailed it and also echoes a broad consensus, CDS excluded, against a shameful agreement. A deal which the UN High Commissioner for Refugees, UNHCR, led until very recently by António Guterres, has already classified as illegal and which all humanitarian organisations accuse of being a genuine attack, with traces of xenophobia, on the protection of the rights of each human being, of each citizen who is a part of the fleeing crowd.

Portugal’s position in this European Council should not be one of resignation with the defeat of decency and human rights. This is not the time to remain silent in the face of a catastrophe, to be an accomplice of silence or of the solutions which the extreme right advocate.

We reject this deal with Turkey because refugee support demands this refusal. We must welcome them, taking on our responsibilities of solidarity with Greece and Italy, opening safe passages through the Balcans and refusing the walls of Europe. We need to be the solid ground for those who set off to sea to flee war.

And embrace causes. Be tough on terror and war. Stop buying oil and selling weapons to the territories occupied by Daesh, protect people from bombings, refuse subservience to Saudi Arabia and strengthen the links between the EU and NATO – who have never been able to come up with solutions, only problems – in a war securitization, and therefore perverse, of the Mediterranean borders of Europe.

Finally, on the economy and the European semester. A statement was made today, in this parliament, with the approval of the State Budget, which should be addressed at the European Council: we have a majority here to recover Portugal and which refuses to take a step back. But we have difficult challenges ahead.

There are no jobs without investment. There is no investment without debt restructuring. Currently, this evidence is not just restricted to the left or to European institutions. There is not a single international institution, renown economist, or even government, that does not acknowledge, even if it is behind closed doors, this need.

If this European Council took “employment and growth” seriously, its main focus would be restructuring debt. So, once again, “employment” or “growth” are merely ornamental words.

Worse: The European Union is going through a process of banking concentration. Not only does it deny both peripheral Eurozone states and Portugal the right to maintain their national financial systems, it also imposes the capitalisation of major European banks with more public debt of those countries. Take Portugal, for instance, which handed over 3 billion euros to Santander, through Banif, or the plans which are underway for Novo Banco.

What is underway is a new attack on peripheral Eurozone countries in the name of recomposing European banks at the expense of public resources and democratic sovereignty. We pay not to have a banking system. The time has come to say no.

There is only employment with investment and democracy. This demands debt restructuring, on one hand, and the resolution of the banking system and its public control on the other. This may seem a difficult path. But it is the only alternative to an implosion. Make no mistake, a European Union which abdicates democracy despises the sovereignty of its peoples and condemns to unemployment many generations, repeating the worst examples of the history of Europe – tragic as they were. Today, the European Union is a project in agony." 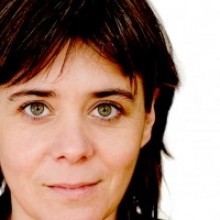