In order to sell Novo Banco, there will always be PSD support. But the government also has, in Parliament, a majority to defend Portugal from predators. Novo Banco should not be sold. By Jorge Costa.
Jorge Costa 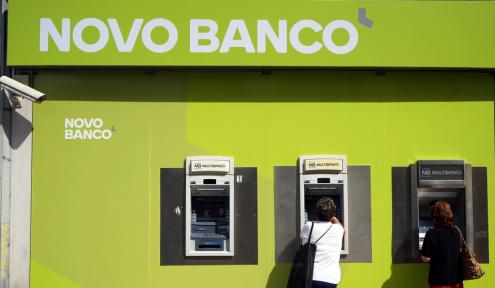 The recapitalisation of Novo Banco was suddenly announced at the end of last year, just as the country was beginning to digest, together with Christmas pudding, the fact that they would have to foot the Banif bill. A strange unanimousness was then celebrated. From reactions, taxpayers had been spared as senior debts, protected in the summer of 2014, were transferred to the “bad bank”.

In Banif’s case, just like Novo Banco, “European rules” are the new inevitability mantra. But the only real European rule is the diktat of the ECB and the European Commission.

Days before the recapitalisation, Prime Minister António Costa showed a favourable sign: “For now, the important thing is to free ourselves from the pressure to sell”, he stated in an interview (JN, 25 December), admitting to “reflecting” on whether to keep Novo Banco in public domain, a position defended by the Left Bloc and Communist Party. But that sign quickly vanished. When the Bank of Portugal announced to the country the recapitalisation of Novo Banco, he was also forced to announce, before a silent government, the relaunch of the sale of Novo Banco – immediately, in January. Moreover, even before Carlos Costa (governor of the Bank of Portugal), the European Commission had already anticipated the decision of “Portuguese authorities”.

Along with Left Bloc, the loudest warnings came from socialist voices. In the Socialist Party's MP João Galamba’s opinion “the State should sell [the Novo Banco] if it wishes, or if it is more profitable, but there should never be an obligation for a forced sale which undervalues the bank and harms taxpayers to benefit the private sector”. According to Pedro Adão e Silva, also from the PS, what is at stake here is “the destruction of the Portuguese banking system”: with Brussels’ determination for banking concentration, “we may well be witnessing a movement which will put an end to a financial system with a national basis, with enough strength to ensure our economic sovereignty (therefore political). In a couple of years’ time, Portugal may only have a few small regional banks (which only makes it more necessary to keep the Caixa public)”.

In Banif’s case, just like Novo Banco, “European rules” are the new inevitability mantra. But the only real European rule is the diktat of the ECB and the European Commission. As the economist Ricardo Cabral points out, in Banif’s case, the Competition Commission has crossed the lines, conditioning options and imposing a monumental “aid from the State”…to Santander. Now, it would have been precisely the actual State aid to CGD the argument used to prevent (those are the rules…) integrating Banif in the Caixa, which was proposed by the Portuguese government. In Novo Banco’s case, Cabral refers to a “dubious arbitrary operation and an extremely risky one, which increases capital ratios to levels well above the legally minimum required (8%). Once again, without any legal basis.”

Novo Banco, a question of sovereignty

For two decades, the European integration insufflated Portuguese banks as out of control intermediaries, indebted outside to promote a real estate frenzy inside the country. When the crisis blew a big hole, taxpayers were called to bail them out, through taxes and more crisis, guarantees and friendly loans. Now, the European banking union imposes a concentration, in the hands of European giants, of what’s left of the Portuguese banking system. As Adão e Silva says, it’s a question of political sovereignty.

First they took Banif and an extra three billion. Now they want to come back for Novo Banco, well recapitalised, leaving behind future litigation and bad loans for the State. When they are told that the Caixa Geral de Depósitos needs capital, “European rules” will impose a private shareholder on Caixa and Passos Coelho’s old dream will come true.

First they took Banif and an extra three billion. Now they want to come back for Novo Banco, well recapitalised, leaving behind future litigation and bad loans for the State. When they are told that the Caixa Geral de Depósitos needs capital, “European rules” will impose a private shareholder on Caixa and Passos Coelho’s old dream will come true.

The question here is not one of “political crisis”. With the feasibility of a bailout for Banif, Passos explained, in his typical style, that PSD would ensure a majority to obey ECB in dismantling the Portuguese banking system: “we will not use matters related to the stability of the financial system for political revenge”. End of story.

The question here is one of a political project. In a new year article, António Costa promised to refocus the policy of bank financing, “from credit profiteering to consumption and home purchase to financing of productive investment”. But Costa does not know that he cannot “refocus” Spanish Santander, Angolan BCP, nor Spanish-Angolan BPI. Even less so without strong public banking instruments which constrain the entire system. That is why Novo Banco should not be sold.

Therefore, this choice belongs to PS. The government knows that in Parliament there is also a majority to defend Portugal from predators. 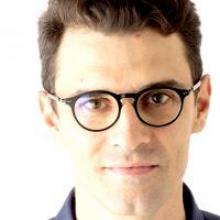