The party voted against the proposed balanced budget amendment presented by the Minister of Finance, along with the Communist Party (PCP) and the Greens (PEV), signatories of the agreement which enabled this government. The proposal was only approved due to the abstention of PSD. 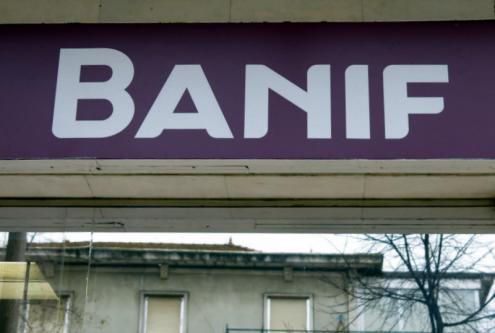 Left Bloc MP Mariana Mortágua defended that the best solution for Banif would be to keep it in public domain.

Left Bloc went against the decision of the PS government to clean Banif bank with public funds in order to hand it over to Santander, considering this solution “unacceptable” as it means a significant loss of over 2.2bn euros of public money.

For this reason, Left Bloc voted against the proposed budget amendment presented to the Parliament by the government of António Costa. This proposal was only approved because PSD decided to abstain. Only PS voted in favour; Left Bloc, Communist Party and Greens – parties which had signed an agreement enabling this government – voted against the proposal, as well as PAN and CDS.

Only PS voted in favour; Left Bloc, Communist Party and Greens – parties which had signed an agreement enabling this government – voted against the proposal, as well as PAN and CDS.

In the debate, Mariana Mortágua, Left Bloc MP, defended that the best solution would be for Banif to be kept in public hands, highlighting that the government proposal “doesn’t secure job posts” and once again uses taxpayers’ money to “clean” a bank. The MP reiterated that the best alternative would be to keep Banif in state hands, even if that implied challenging the European Comission”

The Minister of Finance, Mário Centeno, stated that their solution for Banif is the “least price” to pay, and that it would be the last time “this government would use public money to solve a banking problem in Portugal”.

“The right committed a crime”

Left Bloc also heavily criticised the former right-wing government, which ignored Banif’s problems in order to announced a “smooth exit”, without any problems in the financial system. “For three years the Banif file lay closed on the previous Minister of Finance’s desk. Banif began to default in December 2013, the state loan was never recovered

and nothing was done about it”, she stated.

“PSD and CDS knew that they had to smile and announce a smooth exit and that is not possible with banking problems”, she added, and insisted that the right wing’s actions, in this case, were “a criminal act”.