The plan imposed by the European Commission, with the intervention from the Bank of Portugal and governmental approval, had a clear goal: to benefit Santander. By Francisco Louçã.
Francisco Louçã 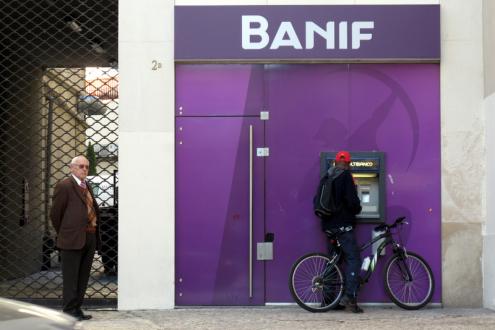 In his detailed analysis of the available Banif accounts, Ricardo Cabral presented the following conclusions here on the blog:

“1. If Banif’s accounts were ‘clean as a whistle’, as argues the bank’s former president, then, after the resolution, Benfi’s own capital would increase to € 3,6 billion by conservative estimates. Additionally, the CET1 capital ratios would also increase to about 40%, which means 5 times the minimum ratio required by law - something similar occurs even if there are significant impairments in the balance.

2. The released information is, given the above, insufficient, because it omits the reasons and ways of intervention and its consequences;

3. Santander buys an overcapitalised bank, paying much less than the bank’s book value - the intervention seemed to have been designed to recapitalise Santander in some millions of euros.

4. It is odd that the European Commission’s Directorate General for Competition, after an analysis that lasted necessarily less than a day, assert that there is no state support for Santander, and that the € 1,1 billion worth of state aid provided to Banif, conceded in January 2013, is legal, three days after questioning its legality.”

These are huge conclusions and I draw the readers’ attention to their meaning.

They demonstrate that the plan imposed by the European Commission, along with intervention from the Bank of Portugal and governmental approval, had a clear goal: to benefit the Santander bank. It is however known that European authorities kept the competition away, and that Santander’s proposal was inferior to the others. Santander got everything it wanted and in the easiest way.

Santander got everything it wanted and in the easiest way. And it was left with a bank that had a capital ratio of about 40%, bought at a price inferior to its book value.

And it was left with a bank that had a capital ratio of about 40%, bought at a price inferior to its book value. Santander played the Christmas lottery, that had just one number issued to one suitable client, who was therefore guaranteed to win.

Why, this has four political consequences.

The first is that it makes the presidential candidates’ race to support this decision all the more surprising, with the oddest of justifications (there was not any other hypothesis, I give the benefit of the doubt, I believe the government, I accept Bank of Portugal’s choice, even if they are from Marcelo Rebelo de Sousa, Sampaio da Nóvoa, Maria de Belém e Edgar Silva).

The second is that the government, if it was not aware, has now the opportunity to correct and reverse its decision, or to impose new conditions on Santander.

The third is that the Bank of Portugal is once again exposed to a dodgy deal. The governor had accepted the former finance minister’s suggestion, that of avoiding any intervention before the elections. This constitutes a serious oversight of his duties, and now he has completed the process with an ill-fitting and damaging intervention.

The fourth is that the European Commission is what it is.

The four political conclusions deserve to be discussed in their full implications.

Translated by João Areal to esquerda.net/English.