A fictional tale based on true events. While exiting the Eurogroup meeting, Maria Luís Albuquerque expressed her concern regarding the scenario of political instability in Spain, hoping that this scenario will not jeopardise years of sacrifice and budgetary rigor. By Adriano Campos.
Adriano Campos 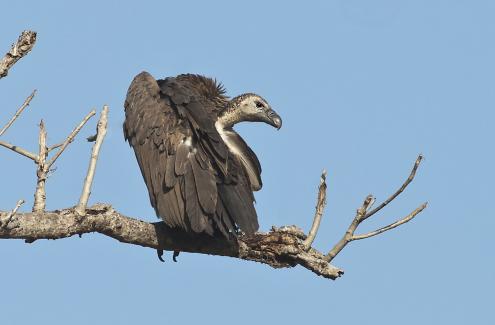 After failed negotiations to the left, Cavaco Silva appoints a new government led by Passos Coelho and Paulo Portas. While exiting Maria de Belém’s closing rally, the only candidate for the new leadership of PS, Francisco Assis, stated that he was paying close attention to the negotiations with Brussels, calling for a sense of responsibility and respect for the sacrifices made by the Portuguese.

The document prepared by Maria Luís Albuquerque, which has just now been released in Portugal, sets the deficit target at 2.5%, aiming to maintain a fiscal restraint policy which complies with international commitments. All pensions above 262 euros remain frozen in 2016. Employers National Insurance Contributions lower by 4% for new contracts and VAT in the catering industry remains at 23%.

Met with protests by Porto Metro and STCP workers, who are facing friendly contract termination plans announced by major private operators, the Prime Minister expressed today, in Porto, his confidence in the approval of the Budget, but once again regretted being unable to reimburse the IRS surcharge due to lower-than-expected VAT revenue. When asked about the agreement to increase the minimum wage, Passos Coelho reaffirmed his confidence in the collective bargaining process, noting that any changes should be decided based on increased productivity of the Portuguese economy. Faced with news of further cuts to State pensions, Passos Coelho referred this matter to the next Council of Ministers, calling for the tranquillity of pensioners.

While exiting the Eurogroup meeting, Maria Luís Albuquerque expressed her concern regarding the scenario of political instability in Spain, hoping that this scenario will not jeopardise years of sacrifice and budgetary rigor.

In a joint press conference, Rui Medeiros, Minister of Administrative Reform, and Pedro Mota Soares, Minister of Social Security, announced the creation of a commission for the reform of Social Security, led by Luís Campos e Cunha. The initial project foresees advancing with Social Security capping already in 2017, enabling freedom of choice for those who earn higher wages. Ministers also spoke of the need to maximise the resources available to Social Security, announcing a strengthening of cooperation between the government and Social Welfare Organisations (IPSS). As for labour market plans, Mota Soares referred to the efforts of European convergence regarding redundancy payments, promoting a more flexible labour market, tailored to the needs of a competitive economy. Despite changes in recent years, Portuguese employers continue to pay above the European average for each worker made redundant.

While visiting the “Feira do Fumeiro” (Smoked Meat Fair), the Vice-Prime Minister considered irresponsible Left Bloc’s proposal for full restitution of civil servants’ salaries. Accompanied by Assunção Cristas, the leader of CDS declined to comment on the proposal to amend the law to prevent foreclosure of homes due to debts to the tax authorities.

Margarida Mano led a session to promote entrepreneurship in schools. The Minister of Education stressed the need for a broader dialogue in society on the introduction of charter schools, allowing families greater freedom of choice. Mano defended, once again, 1st cycle tests as a model for demanding education and rigorous assessment.

On the banks of the river Mondego, Minister Calvão da Silva called for action from civil protection services, as well as divine providence, to face the floods.

More than a work of fiction, this right-leaning budget is what we managed to defeat in the government elections.

Translated by Anna Pires for Esquerda.net/English. 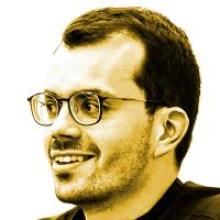