For the first time, the left-wing parties have voted for a State Budget. The discussion on the details has begun and the final vote will happen next Friday. 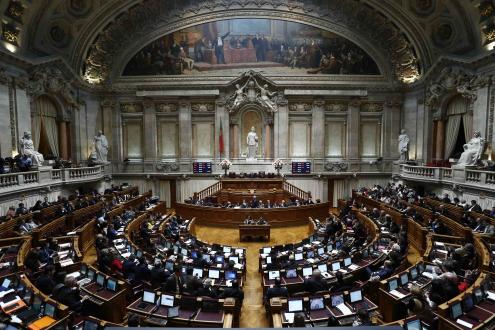 The Portuguese parliament during the discussion of the State Budget for 2016. Photo by António Cotrim/Lusa.

For the first time in history, the Left Bloc and the Communist Party have voted to approve a State Budget. The right wing voted against it. The vote took place on Tuesday evening; the discussions on the details have begun and the final vote is scheduled for next Friday.

The discussion of the general budget took place amidst accusations from the left that the right had defended policies of social aggression and economic incompetence, that it is working against the country and instated austerity measures due to their belief in them, not because they had to.

There was consensus that the State Budget proposed by the Socialist Party, though worse after the European Commission's intervention, is a first step in stopping the cycle of impoverishment started by the last government.