The proposed State Budget for 2016 confirms the return of income agreed between the Socialist Party and the Left Bloc. Esquerda.net/english introduces the measures that will have an impact on the budget over the coming months. 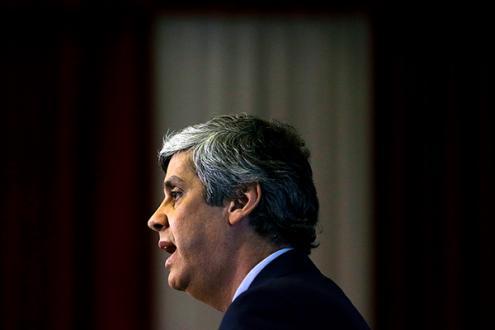 The agreement between the Left Bloc and the Socialist Party included several measures to return income to workers and pensioners, to prevent new privatisations and to defend public services.

Over €1 billion returned to workers and pensioners

Some of these measures have been approved in the meantime and this proposed State Budget (SB) respects their impact on public accounts. This is the case for unfreezing pensions and guarantees of no more cuts, an increased minimum wage, and reductions in income tax surcharge (IRS): total exemption for the lowest tax bracket and a reduction of 1%, 1.75% and 2.8% for the 2nd, 3rd and 4th brackets respectively.

The measures that have already been approved and are now included in the SB include: the reinstatement of wages for the public sector throughout the year and the complements for the pensions of state workers that had been cut, mostly in the transport sector; the reintroduction of four bank holidays; the return of a 35-hour week in the public sector in the second quarter of 2016; the end of the special mobility status; and the reinstatement of the Social Security workers who were at risk of being made redundant.

All in all, the SB for 2016 will give back more than €1 billion to workers through three measures alone: returning wages, reducing income tax and unfreezing pensions.

The agreement measures included in the SB will change many taxes. VAT for restaurants is to be cut from 23 to 13% from July onwards (except for alcoholic beverages and soft drinks). For Corporate Income Tax (IRC), the "shareholder exemption" introduced by the previous government will be cancelled (going back to a minimum 10% share) and there will be a reduction in the time limit for reporting company losses from twelve years to five years. increases the automatic income tax credits for each child (from 350 to 550€) and elder (from 300 to 525€) have been introduced, replacing the family quotient introduced by the right wing.

A new safeguard clause that limits increases in Municipal Property Tax to €75 a year for low-value privately owned property has also been created. Finally, an old Left Bloc proposal that had been rejected in Parliament has been introduced: the end of property tax exemption for property investment funds.

In the SB for 2016 there are new exemptions for health care user fees. Health care user fee exemption has been reinstated for fire fighters and people who are blood, cell, tissue or organ donors. User fee exemption has been created for those with neurological, degenerative and demyelinising illnesses, muscular dystrophies, congenital coagulation factor deficiencies, HIV and diabetes. Treatment and supervision of patients with cancer, chronic pain and mental illnesses are also exempt.

In the SB for 2016, the banking system will see an end to the exemption from paying stamp duty on several banking operations. The banks will also have to increase their contribution to the bank resolution fund.

Tax on tobacco, fuel and car sales will also increase this year, as will VAT on certain products, which will no longer be included in the 6% reduced tax rate: baking industry products, except bread, and the transportation, maintenance and the renting of agricultural machinery.