Novo Banco: "The tax-payers may have to pay 7,8 billion euros to privatize the bank"

"In worst case scenario, Lone Star spends 1 billion for a bank with no NPLs, and the state pays 7,8 billions for no bank at all", says Mariana Mortágua. 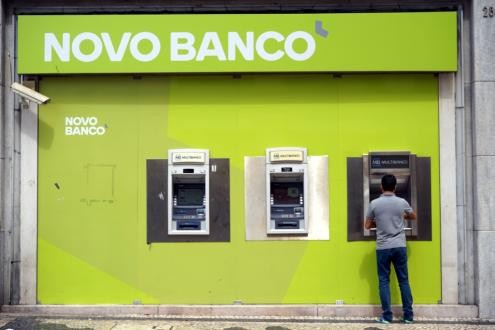 Mariana Mortágua accuses the government of "fiction and blackmailing the public" with do or die arguments to justifiy the selling of the troubled financial institution. According to Bloco de Esquerda, nationalizing the bank is still the best alternative for the financial system and the portuguese economy.

Bloco de Esquerda scheduled the debate in Parliament on the selling of Novo Banco to the north american Lone Star vulture fund. In the opening remarks, member of parliament Mariana Mortágua cited the "three commitments" given by the portuguese Finance Minister Mário Centeno in January, in which he said that there "cannot be a State garuantee to support private businnesses". Mortágua compared these declarations to the commitments of the previous government that the resolution of Banco Espírito Santo (which resulted in the creation of Novo Banco) would protect the tax payers.

"Not only did we not recover the 3,9 billion euros in public money injected to Novo Banco in 2014 as it has become necessary to increase it's capital again. And it's this new capital increase that now justifies giving Novo Banco to Lone Star with unnacceptable demands" from the fund.

"Lone Star takes away with it the 3,9 billion euros of public money already placed in Novo Banco and pays zero for the purchase. After this, Lone Star injects 1 billion euros into a bank which is already his." But, given that Lone Star refuses to accept any responsabilities for future losses of the "8 billion euros fo non-performing loans" supposedly in the books of Novo Banco, the Treasury has given a public garuantee. As a result, "in worst case scenario, Lone Star spends 1 billion for a bank with no NPLs, and the state pays 7,8 billions for no bank at all", she concluded.