Artigo    /   English    /   "Many operations connected to the offshore industry are legal, there is a lot to be done to stop them"

"Many operations connected to the offshore industry are legal, there is a lot to be done to stop them"

Mariana Mortágua shows how offshore accounts work and what they are used for. The video (with English subtitles) and the interview are below. 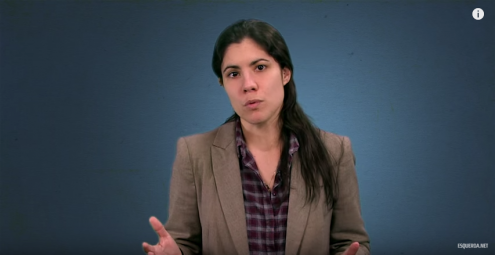 The word offshore literally means located away from the shore. It could be used to refer to an island  or a sea platform, for example. The problem arises when offshore territories offer a hiding place for fortunes and for people to avoid paying tax. Offshore territories are ‘tax havens’. The European Commission has published a list of ‘non-cooperative’ jurisdictions that refuse to give any information about their clients. As a rule, they barely charge any tax for the operations made. Panama is on that list.  But Luxembourg and Andorra are not, even though they have obviously more favourable legislation.

How does an offshore work?

Offshore jurisdictions help register companies and bank accounts. In these tax havens, which offer banking secrecy, it is possible to open accounts and companies in other people’s names and therefore keep the origins of the money absolutely secret. By moving funds around half a dozen accounts like these, it is easy to hide where the capital has come from and make sure it is laundered. All this, of course, without paying tax. Offshore jurisdictions also allow all kinds of accounting fraud by multinationals, which create fictitious companies to transfer profits using over-invoicing schemes, loans and other operations. These are just some examples of operations involving offshore territories.

Who profits from offshores?

Those who hide money, win, especially if they can launder its possibly illegal source. Those who want to avoid tax also win. Even when they are caught... Remember the 14-million euro gift that Ricardo Salgado received from his builder friend? Salgado was given an amnesty by the previous government after paying a small amount of the tax he tried to avoid paying...

Who is harmed by their existence?

Those who don’t want to or cannot use these schemes lose out and have to pay for those who avoid paying tax. States lose tax revenue and become involved in a savage competition to see which country can lower its tax the most. We all lose out when corruption and laundering for money from people trafficking or the arms trade is made easier.

Anyone can put money in an offshore territory provided that they have the money and desire to do so. It is easy to open an offshore account and many Portuguese banks, for example, have specialised departments which offer that service. For more complex operations or larger amounts, there are large firms of lawyers and financial advisers.

Many of the operations connected to the offshore industry are legal, so there is a great deal still to be done, including in Portugal, to stop them.