Artigo    /   English    /   Limit removed on the pension received by Ricardo Salgado, the former CEO of BES

Limit removed on the pension received by Ricardo Salgado, the former CEO of BES

The government allowed for an increase of the pensions paid to the members of the former Board of Directors of BES, a bank that went bankrupt in 2014. Mariana Mortágua, MP for the Left Block, demands to know why and who will pay for the “immoral pensions”. 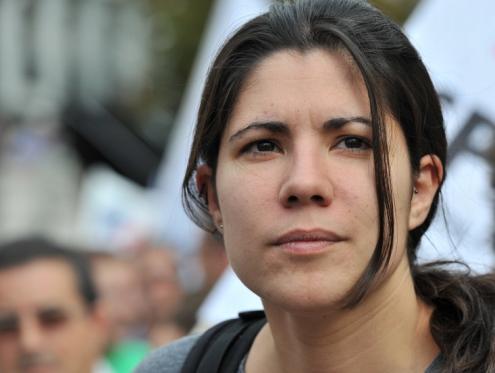 Banco Espírito Santo (BES) was once the second largest Portuguese bank and the ninth largest contributor to the PSI-20 index. BES was the second largest private financial institution in Portugal in terms of net assets. On August 3rd 2014, Portugal's central bank announced a €4.4 billion bailout of BES. It has since been proven that the administration of BES, led by Ricardo Salgado, practiced acts of ruinous management.

However, the Portuguese Insurance Institute issued last week a statement saying that the pension received by the former CEO of Banco Espírito Santo and other members of the Board of Directors should not be limited. Their pensions are paid from the BES’ Pension Fund and Ricardo Salgado had his pension formerly cut to 29 thousand euros per month by Portugal's central bank. He will from now on receive 90 thousand euros and an extra half a million paid will be paid retroactively. Ten other members of the Board of Directors, some of which are defendants, or are under investigation on the process of the fall of the Espírito Santo group, will also have their pensions increase between 43 thousand and 90 thousand euros per month.

The costs of the bankruptcy of BES are still under investigation. The Left Bloc will not allow the members of the former Board of Directors to be rewarded with bonuses of immoral pensions

Mariana Mortágua was the MP representing the Left Bloc in the parliamentary inquiry into the failure of BES. She commented on the news, demanding some explanation from the government about this decision. According to Mariana Mortágua, the current government is politically responsible for the situation. “The costs of the bankruptcy of BES are still under investigation. The Left Bloc will not allow the members of the former Board of Directors to be rewarded with bonuses of immoral pensions”. Additionally, the MP demands to know who will pay for the increase of the pensions, adding that “the limit to the pensions was legally imposed by Portugal’s central bank”. Mariana Mortágua demands to know the reason for the “suspension of this limit”. Lastly, Mortágua explains that this process is conducted by “public entities”, “controlled by public authorities” that must take responsibility.