Lifelong pension schemes for former Members of Parliament (MPs), available since 1985, ended twenty years later but with a transitional period to protect those who could have benefitted from it while it was available. Here are the responses of each political party to the debates. By Luís Branco.
Luís Branco 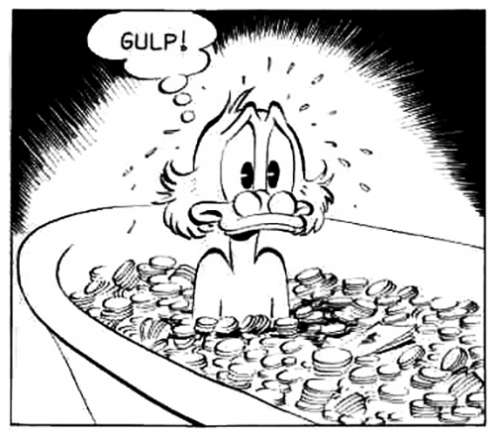 There are over 300 former politicians who receive lifelong pensions. “Today we are debating a question that is completely relevant in democratic societies: is serving the public, in itself, not enough of a stimulus for citizens? The answer to this question, given the comfort and benefits provided by the position, and that certain exceptions are made by the legal system for those who ‘serve the public’ in one way or another seems to be a resounding and crystal clear no!” This is how the introduction to the government bill 488/IX started, presented by the Left Bloc in October 2004.

The proposal aimed to “fight the culture of privilege” by eliminating special retirement policies for MPs, public administrators and the like. Included in these categories were members of the Government, MPs in the Assembly of the Republic, Constitutional Court judges that are not professional magistrates and individuals chosen by the government to manage both public and private businesses.

However, this bill was never discussed by MPs. The month after the bill was put forward, Jorge Sampaio dissolved the assembly and put and end to Pedro Santana Lopes’ leadership of the Social Democrat Party (PSD)/ People’s Party (CDS) government. After the legislative elections, which the Socialist Party (PS) won, the Left Bloc presented the same bill again, in May 2005, forcing the parliamentary debate to take place. The following month, a plenary discussion was held, but was accompanied by initiatives by government and the Communist Party (PCP) on the subject.

The end of lifelong pensions came in 2005… but with a “transitional period”.

The Left Bloc and PCP proposals were thrown out by the PS and PSD, with the abstention of the CDS. The government proposal was approved with votes from all of the parties, with the exception of CDS’ abstention. As cuts had been made to other special pension schemes, the then Minister Silva Pereira, who presented the parliamentary bill, said, “MPs can’t be treated differently”. The initiative brought about the end of lifelong pensions from that date onwards, but maintained those that were already being paid, as well as the possibility for current MPs to request the scheme if they met the requirements. This would enable the previous MPs to continue getting their lifelong pensions on top of any other earnings that they might have.

On the Left Bloc’s bench, João Teixeira Lopes voiced his indignation, criticising the government for backtracking on the promises it had made, and explaining the way in which the transitional period emerged, “because it seems as if the Socialist Party’s members went against the bill.”

On the Left Bloc’s bench, João Teixeira Lopes voiced his indignation, criticising the government for backtracking on the promises it had made, and explaining the way in which the transitional period emerged, “because it seems as if the Socialist Party’s members went against the bill.” Teixeira Lopes also questioned José Sócrates government’s choice not to include retirement schemes for MPs and the like in the original bill. António Filipe, from PCP, raised the same concern in defending the government’s initiative, saying, “one thing is a legitimate expectation, for example the legitimate expectation of Portuguese workers to have a retirement age, yet another is an expectation to get wildly inappropriate benefits.

The most uncomfortable interruption in the debate came from the PSD bench, whose leadership (which has only been in place for two months and is led by Marques Mendes) suggested a vote in favour of the initiative. Matos Correia intervened in the debate to state that the proposals that would follow, in favour of the vote, were a “diversion tactic”, criticising the government’s “populism and demagogy” in dealing with a “minor problem” (MPs’ lifelong pensions) instead of “matters like a reduction in the number of MPs or a reform for our electoral system”.

Nuno Melo justified the absence of his party, the CDS, which will go down in history as the only party not to vote in favour of ending the pensions. Melo also accused the government of bringing “diversion tactics” into the debate, and prophesised that “future parliaments will be made up of people who want to be MPs or politicians, but will only be paid a low salary and must be willing to be laughed at." Nuno Melo left his post as MP before the end of his elected term, instead becoming an MEP, a position he has held since 2009.

What happened when the PS and PSD tried to bring back the suspended pensions?

The argument that Socrates’ government used to propose an end to the pensions in 2005 was re-used in 2013 when Passos Coelho announced a cut in some of the 400 pensions still being paid: that politicians also have to make sacrifices. Thus, the former MPs with household incomes greater than 2,000 euros per month were no longer entitled to receive the lifelong pension. In October 2013, the Left Bloc sent a letter to other parliamentary parties, in search of a consensus to completely eliminate the payment of lifelong pensions in the 2014 budget.

"A partial cut is not enough. In the name of Republican ethics, on behalf of families who have been asked to sacrifice so much, we cannot accept that these exceptions continue" the Left Bloc parliamentary leader Pedro Filipe Soares challenged the remaining benches, but was left with no response.

"A partial cut is not enough. In the name of Republican ethics, on behalf of families who have been asked to sacrifice so much, we cannot accept that these exceptions continue" the Left Bloc parliamentary leader Pedro Filipe Soares challenged the remaining benches, but was left with no response.

While the state budget for 2015 was being drawn up, a group of MPs from the PS and the PSD submitted a proposal to the parliamentary budget committee, for the full repayment of pensions. The only parties to oppose the proposal were the Left Bloc and PCP. "It was shameful that the PS and PSD considered that the political priority was for former MPs pensions to be repaid, while condemning people to a life of poverty," said Mariana Mortágua, the only MP to intervene in the committee, and speak out against the proposal signed by José Lello and Couto dos Santos.

The Left Bloc then dared MPs who wanted the pensions to be repaid to identify themselves. They did so by demanding that the proposal be voted on separately in a plenary sitting, so that the vote of each MP elected to be a member of the Assembly of the Republic’s could be known. Immediately PS and PDS MPs voiced their discomfort about their fellow party members’ proposal, which was approved by the Commission. The two major parties eventually withdrew the proposal.

Contrary to what many would expect, the embarrassed retreat of the central bloc in its attempt to restore the privilege of a lifelong pension did not please its supporters. A group of 30 MPs, including the two proponents of the proposal that was withdrawn in 2014, submitted an application to the Constitutional Court to ask for the proposal for cuts in the pensions of former politicians to be thrown out.

In the week before the presidential elections, the Constitutional Court issued a judgment agreeing with the MPs and cancelling the cuts. Moreover, contrary to the decision to throw out the suspension of Christmas and holiday allowances to civil servants and pensioners, the judges decided to return the amount that was not paid to former politicians during the year 2015.

Maria de Belém defended her actions, saying that she “would not give up any of her rights.” In contrast, Marisa Matias harshly criticized the attitude of the MPs who went to court to fight for their own privilege, but not to fight for the right of pensioners to receive a pension that they had worked their entire lives for.

As might be expected, the subject of pensions and political privileges was included the presidential debates. This came about because one of the supporters of the request to cancel the cuts was candidate Maria de Belém, among other supporters and members of her party, as well as others from Marcelo Rebelo de Sousa and Sampaio da Nóvoa’s campaigns. Whereas the latter two candidates maintained a cautious silence on the matter, Maria de Belém defended her actions, saying that she “would not give up any of her rights.” In contrast, Marisa Matias harshly criticized the attitude of the MPs who went to court to fight for their own privilege, but not to fight for the right of pensioners to receive a pension that they had worked their entire lives for. Marisa also noted that the elected members of the Left Bloc, from São Bento to Strasbourg, always refused to receive any lifelong pensions, reintegration grants or other privileges granted to former MPs.

The subject was also debated in parliament, at the initiative of the Left Bloc, but once again the members of the PS and PSD who submitted the request to the Constitutional Court chose to remain silent. Carlos Abreu Amorim, speaking for the PSD, preferred to attack Marisa Matias by criticising the presidential candidate’s criticism of the Constitutional Court’s decision. "Today, the Right has only just discovered the wonders of the Constitutional Court" said Jorge Costa to the PSD MP, referring to the previous government’s attacks on judges who attempted to speak up for the rights of pensioners.

Translated by Luci Ruas for esquerda.net/English. 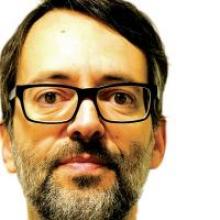