Presidential candidate Maria de Belém was one of thirty MPs from the PS and the PSD who asked to keep the privilege of life-long subventions for former MPs. Supporters of Sampaio da Nóvoa and Marcelo Rebelo de Sousa are also on the list. 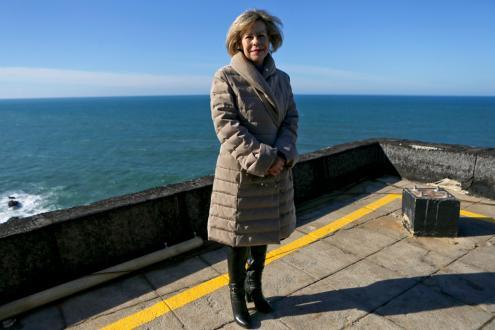 After the previous State Budget, only MPs whose households earned less than 2,000 euros per month continued to receive the payment of life-long subventions. The subventions had been suspended for all others.

This Monday, after a request to verify the law was made by thirty MPs from the Socialist Party (PS) and the Social Democrat Party (PSD), the Constitutional Court’s decision was made public. The Constitutional Court annulled the change and reinstated the life-long subventions for all MPs who have been in office for at least 12 years, arguing that having to prove how much the family earned would break the Principle of Trust.

It was not known which MPs from the two parties had signed the request, but esquerda.net has discovered their names. They include the presidential candidate Maria de Belém, officially supported by the PS, and some of her supporters. Among the list of thirty MPs there were also supporters of Sampaio da Nóvoa (who is supported by part of the PS) and Marcelo Rebelo de Sousa (the candidate supported by the right wing).

The Left Bloc is the only party whose MPs and MEPs have never received any subventions, even when they legally had the right to claim them. Catarina Martins, the Left Bloc’s spokesperson, said that “the Left Bloc has nothing against social protection, but it is absolutely against privilege”. Marisa Matias, the Left Bloc MEP and presidential candidate stated “it is shameful that 12 years of political activity can grant a life-long subvention. They are a group of privileged people and there are millions of Portuguese people who work all their lives to earn far less”. The candidate supported by the Communist Party, Edgar Silva, also expressed his disagreement with the Court’s decision.

Sampaio da Nóvoa surprisingly at first refused to discuss the matter, and then finally said that he did not agree with the decision, but he also criticised the candidates who criticised the Court, Marisa Matias and Edgar Silva.

The presidential elections will happen next Sunday and the polls give the advantage to the right-wing candidate, Marcelo Rebelo de Sousa, followed in second place by Sampaio da Nóvoa, then Maria de Belém, Marisa Matias and Edgar Silva. However, this piece of news may have an influence on Sunday’s results.