Artigo    /   English    /   Forty-five days after the election, Portugal remains without a government

Forty-five days after the election, Portugal remains without a government

The President of the Republic, Cavaco Silva, guaranteed that he had all the possible outcomes studied and yet, forty-five days after the election, he still has not recognised the secretary-general of the PS as the Prime Minister. 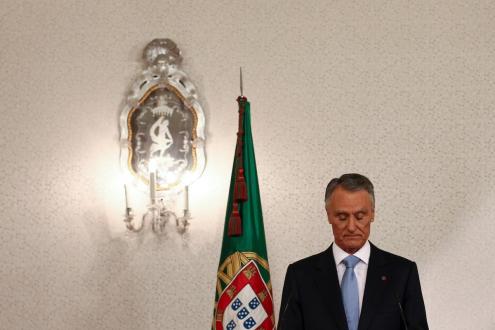 When he was Prime Minister, Cavaco Silva led a minority right-wing government that was ousted by a motion of no confidence. While waiting for new elections to be scheduled, he was the Prime Minister of a caretaker government for five months. This time, the elections were held on 4 October and the Socialist Party (PS), the Left Bloc (BE), the Communist Party (PCP) and the Green Party (PEV) got the majority of seats in parliament, and yet the President decided to appoint the right wing to form government. In response, the left wing made an agreement that will allow the PS to form government, applying left-wing measures, supported by the other left-wing parties. The agreement was made public and a motion of rejection on the right-wing government was voted and passed in parliament last week.
The President could, in theory, when faced with this situation, choose from four possibilities: call for new elections, assign a right-wing caretaker government, appoint his own government or recognise the secretary-general of the PS (António Costa) as the Prime Minister. The first possibility is denied by Portuguese law, according to which a new general election can only be called six months after the previous one. The second choice has been denied by Passos Coelho himself, who said he would not agree to such a solution. The third  possibility, of a government appointed by the President, would be rejected by the left-wing majority in parliament. Cavaco Silva now has no other choice than to name António Costa as Prime Minister. However, he has yet to schedule the announcement and is delaying any decision, justifying it with the fact that, back in his day, the caretaker government lasted for five months. The difference between now and then is that, as Prime Minister, he was waiting for new elections; this time, Portugal has just had them. He is just displeased with the results.