Challenges to farmers in peripheral areas 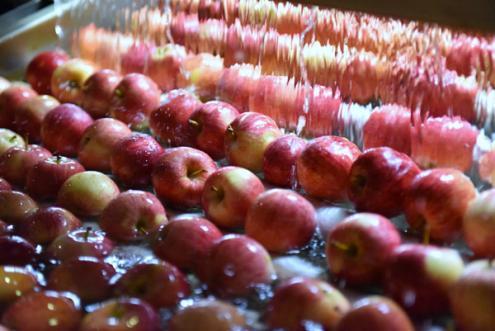 During my presentation I will talk about four issues that, though distinct, are related to each other. I will start with a brief description of the current Portuguese agricultural sector, followed by a market structure analysis, the implementation of the Common Agricultural Policy in Portugal, and I will finish with a few ideas for (about?) our future and struggles.

Regarding the Portuguese agricultural sector at the present moment

On market structure and the integration of farmers

Over the past few years, as a result of the liberalisation of markets and the implementation of policies unfavourable to the development of local economies, Portuguese farmers are increasingly disconnected from the market.

There is currently an installed oligarchy, with very high political influence in the country, which cartelises the market and dominates about seventy five percent of the food products in the market. The two largest retail chains, selling directly to the consumer, dominate more than 50% of the Portuguese market and have already begun the process of internationalisation, whilst other international chains, such as the German LIDL, are increasing their investment in Portugal.

Local markets, that kept many cities and towns alive, and that enabled greater integration and bargaining power amongst farmers, represent only twenty five percent of the current market and continue to crumble.

If a farmer enters a supermarket today, they will find their products being sold at a very high profit level, sometimes at a price ten times higher than the one the farmer charged. Much like large scale distribution, the market of factors of production is also increasingly concentrated. The income of small and medium farmers is being squeezed between rising productions costs (fertilisers, energy, and so on) and the falling costs of large scale distribution.

Family farming, due to its specificity, ensures a set of environmental and territorial services that in many cases should be quantified and valued in some way, thus turning into a guaranteed source of additional income. An example is the construction and maintenance services of the landscape in the Douro Region, an UNESCO World Heritage Site, which feed all the tourist activity in the region creating a business for large companies.

The CAP has an unfavourable history toward agriculture in southern Europe. Since its inception, it is a tool that creates productive inequalities between countries and generates international food dependencies by destroying the productive potential of unprivileged countries. It was and continues to be structured for the agricultural and societal production models of central and northern Europe, excluding the southern specificities, where cultures, modes of production and the dynamics of agricultural activities are very different. Despite this chronic mismatch, Southern countries have a leeway to carry out adjustments and minimise negative consequences. However, the various governments that have implemented the CAP in Portugal have never shown interest in so doing.

In the last few Community Support frameworks around fifty percent of support has been applied in the form of Direct Payments. Most of which were spread by farmers in a way that was detached from production and employment, based on performances in past scenarios that were very different to that of the payment, and on agricultural activities typical of central and northern Europe but less important in the Portuguese scenario. Thus, the main factor determining the allocation and distribution of a large slice of European union Community aid is land tenure, the bigger the property the bigger the support granted. The large national owners have grown and specialised in the acquisition of subsidies, they have gained hegemony over a vast area of territory and they prevent the establishment and development of other activities.

The second half of the Community aid is destined for the Rural Development Programme, which in fact means direct support for agricultural investment. It is assumed that rural development corresponds to agricultural development. Rural development is therefore hampered in its multiplicity of socio-economic activities, but the development of multifunctional component that we now recognise in agriculture is also hindered because their value depends also on non-agricultural land development. Family farms are particularly harmed by this situation.

In the current European Union framework, a mechanism that favours producers' organisations and their members was created, providing access to higher levels of funding. The two main problems of this measure are: 1) it is mainly an application of public money in the form of income for the large producers, providing no benefit to society in general; 2) the mechanisms of formation and recognition of producers' organisations have rules that prevented most Portuguese farmers to form these organisations, forcing them to go into those that are dominated by large producers whose absolute contracted loyalty is to sell their product, with no guarantee on the prices paid. This will lead to greater detachment between the family farms and local markets.

About our common future

There are many difficulties that peripheral agriculture will find in the future. Some of them require local responses, depending on the specificities of each place and country, but others are transversal and coordination and international solidarity are key to their resolution.

Two great issues that can influence the direction of agriculture will be unavoidable in the European and global political debate in the coming decades and are intrinsically linked: the need for regulation of markets and the mitigation and adaptation to climate change.

The most mobilising idea and the one that creates greater consensus among farmers in Portugal, and perhaps throughout all Europe, is that political intervention is needed in the food markets in order to ensure justice in the price formulation, limiting the action of major retail companies. We need to give voice to this discontent by proposing legislation and by political action, the struggle for which it is possible to win popular support with the idea that we can build a fairer and more sustainable market, in which producer prices are higher and prices paid by consumers are lower, ensuring growth by increased consumption. The environmental debate can also contribute to this change, because the production systems that are geographically closer to consumption centres have lower environmental impacts and offer greater food safety guarantees. The dominant European policy is completely contrary to this idea and is now preparing to aggravate the situation through the TTIP. The refusal of ruinous treaties for Europe must be accompanied by the growth of strong ideas that are in their antipodes. We are here to build them. 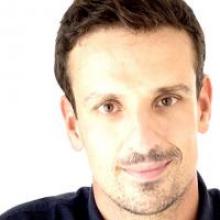