Finally, we’ve been allowed access to one of the most secretive negotiations between the European Union and the United States, about a new treaty for trade and finance (the Transatlantic Trade and Investment Partnership - TTIP). By Francisco Louçã.
Francisco Louçã 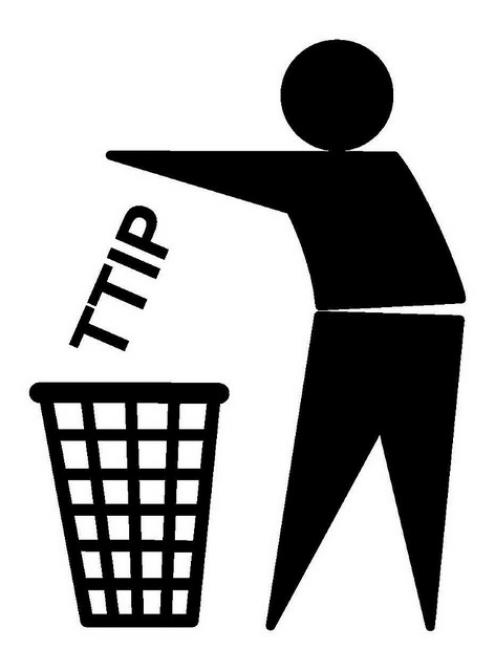 248 pages of classified documents were leaked by Greenpeace, but we still don’t have access to all of it, because the leaked files do not include the parts of the Treaty about e-commerce, financial services, rules of origin and trade remedies.

These papers reveal that negotiations have been difficult, and it’s hard to see how they could be completed by the end of the year, something Obama tried to convince Merkel of on his recent trip to Europe.

There are two main reasons for this difficulty. The first is the US negotiators’ aggressive style of negotiating (for example, threatening to boycott imported European cars to the US if Europe does not accept GM food produced by US companies) and failure to submit suggestions for some key chapters in the treaty. Even worse is their refusal to accept proposals for EU companies to have competitive access to US markets, while demanding a reversal of European policy, which would mean accepting that businesses have the last say on public health regulations and on consumer safety. Thus, the Treaty would mean the abdication of the precautionary principle to products that could potentially have negative effects on the environment, food or other goods. The analysts also noted that the regulations that are being negotiated don’t give any guarantees of environmental protection or of achieving the decarbonisation objectives that were designed to prevent climate change.

The New York Times and Le Monde say it might be because of this that for now, it seems that the European negotiators are not giving in, which can be seen from some of the files.

Secondly, in addition to the difficulty of negotiation deadlocks, other issues have arisen. Three million people signed a petition against the Treaty, its strongest opposition coming from Germany, and in the US, Hillary Clinton has retracted her support for the initiative, while Bernie Sanders and Donald Trump oppose it.

Is it dead? We shouldn’t hurry to plan the funeral because the beast is still moving. The power of the liberalization of the market isn’t a mere doctrine; it means immediate economic benefits for the biggest multinational companies. And these speak for governments. It will certainly be a race against time, but the protagonists of this negotiation will try to save the Treaty and impose it against all odds.

Article originally published at blogues.publico.pt on May 3rd 2016, translated by Luci Ruas for Esquerda.net/English.