With the European Union-India summit soon to be held in the city of Porto, Left Bloc expresses its solidarity with the Indian population oppressed by Narendra Modi’s divisive and persecutory policies. 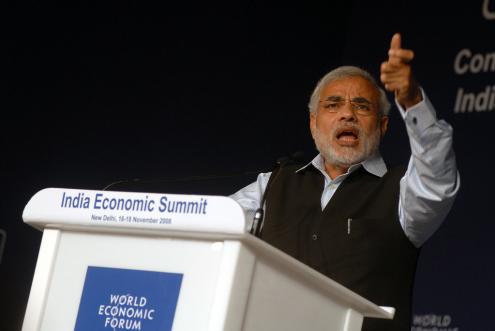 On May 8th, the European Union-India summit will be held in Porto, organised by the Portuguese government under the Portuguese presidency of the Council of the European Union. This event takes place in the context of an increasing fascistization in Indian society, a direct consequence of the hate policies employed by the Indian Prime Minister Narendra Modi and his Hindu nationalist party Bharatiya Janata Party (BJP), whose origins derive from the extreme-right organisation Rashtriya Swayamsevak Sangh (RSS), an avowed supporter of Adolf Hitler and Nazi-fascism.

Since taking power in May 2014, Narendra Modi has not only adopted a neoliberal policy based on austerity, privatisation of essential public services and the weakening of the labour and wage rights of Indian workers, but has also promoted the rise of an Islamophobic ultraconservatism that has originated the worst wave of violence in decades. Moreover, the persecution and oppression of religious minorities has been an indispensable landmark of his political record.

As governor of the state of Gujarat, he instigated attacks by Hindu paramilitary forces on dozens of neighborhoods, mosques and Muslim communities in the municipality of Godhra, which resulted in the death of 1,100 people. In August 2019, already as Prime Minister, he decided to revoke the special status granted to Jammu and Kashmir 70 years ago, isolating the local Muslim majority populations by cutting off media communcations and imposing a curfew, and today it the existence of violations or torture practices by members of the Indian security forces is well documented, as well as the occurrence of arbitrary arrests and thousands of forced disappearances. Months later, in December 2019, Modi passed the Citizenship Amendment Act (CAA), in which the right to nationality is recognised for refugees belonging to the main religions – except for Muslims –, a piece of legislation that led to the Delhi riots in which 53 people died.

The current pandemic crisis of COVID-19 has been another pretext to oppress and normalise violence and hatred against migrants and Muslims. The Narendra Modi government gave 1.38 billion people just four hours in advance to prepare for a brutal confinement, thus unleashing the largest intranational migratory exodus in India since 1947 and a deep humanitarian crisis, reproducing existing inequalities and excluding marginalised populations from Indian society. In addition to causing massive waves of unemployment overnight, this decision led to the death of hundreds of poor migrant workers who were trying to return home at all costs.

The Indian Prime Minister also blamed Muslims for the spread of the coronavirus in India, calling it “corona-jihad”, which gave a new impetus to the wave of hatred over the nearly 200 million Muslim Indians. Still under the pretext of reducing the study load in the days of COVID-19, themes such as secularism, citizenship, democracy and popular movement struggles have recently been removed from school curricula.

Left Bloc expresses its solidarity with the Indian population oppressed by Narendra Modi’s divisive and persecutory policies and deeply regrets that the Portuguese government and the European Union now want to welcome with open arms a figure that has shaken India’s secular foundations with a view to replace religious pluralism with Hindu uniformity, and to that end purging Muslims from politics and Indian society in general. To promote the EU-India summit under the pretext of “strengthening trade relations between the two blocs” is to underestimate the resurgence of conflicts between different religious communities in India and to legitimise human rights violations that take place on Indian soil through persecution and violence directed at Muslim people and other ethnic minorities with the connivance of the government and the police forces.