The health crisis emerging from the Covid-19 outbreak has and will have a strong impact in several realms of society, from the economy, to the labour market and social protection, among others. In Portugal, the first case of infection was detected on March 2nd and since March 19th the country has been under a State of Emergency. 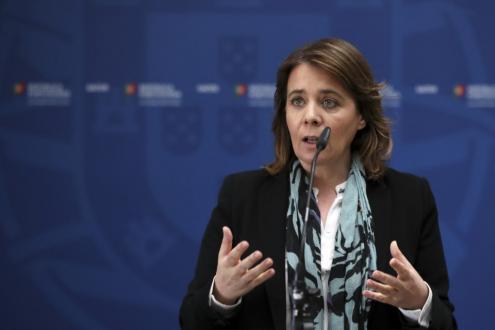 Catarina Martins in a press conference after a meeting about the COVID19 effects in Portugal.

The health crisis emerging from the Covid-19 outbreak has and will have a strong impact in several realms of society, from the economy, to the labour market and social protection, among others. In Portugal, the first case of infection was detected on March 2nd and since March 19th the country has been under a State of Emergency.

The impact of the current crisis has to be taken into firm consideration and minimised as much as possible. As such, Bloco de Esquerda has presented several proposals for different areas. Some of these proposals have already been approved and will certainly have positive effects on people’s lives. Regrettably, other proposals discussed were not accepted in parliament, but Bloco de Esquerda will continue to fight for their materialisation.

Among the measures proposed by Bloco de Esquerda and approved, we highlight the ban on suspending the supply of water, electricity, natural gas and electronic communications and the implementation of emergency measures to respond to the crisis in the cultural sector.

Responding to the most basic needs of families was, from the beginning, an imperative for Bloco de Esquerda. During a parliamentary debate, Bloco’s MP Isabel Pires signalled that whilst so many families have seen their income decreasing and so many others are telecommuting and/or have children at home, domestic consumption (i.e. water, energy and telecommunications) has dramatically increased. According to the proposal, it is forbidden to cut the supply of water, electricity, natural gas during the State of Emergency and in the following months.

- Unilateral termination of telecommunications contracts without compensation to the supplier

Electronic communications are not allowed to be suspended when motivated by unemployment, a drop in household income of 20% or more, or by infection by Covid-19. Consumers who are unemployed or have a household income drop of 20% or more compared to the previous monthly income may, on the other hand, request the unilateral termination of telecommunications contracts, without place to compensation to the supplier.

Bloco de Esquerda proposed that families that have children in registered babysitters have access to support because this service cannot be performed during this period.

- Supporting cultural production and its professionals

Bloco de Esquerda’s MP Beatriz Dias recalled that the cultural sector was one of the first to be affected by the pandemic. However, “culture has not stopped”; “it is on television, on the radio, in books. It is on the screens of mobile phones and computers, where Portuguese artists have offered their work, showing solidarity with the Portuguese population in isolation. A solidarity that contrasts with the lack of support”, she said.

Since the proposal has been approved, the State, municipalities and publicly funded foundations are now required to compensate for cancelled activities (including educational and technical services). Although Bloco’s approved changes introduced a small improvement in the Government’s initial proposal, these changes still do not respond to essential aspects of the cultural sector, mainly by the likely scenario of long-term rescheduling. Bloco de Esquerda will once again present proposals on this subject and reinforce the aspects that are crucial for this sector.

Regarding Bloco de Esquerda’s proposals that did not obtain parliamentary approval, we highlight the ban on the distribution of dividends by large companies. Catarina Martins, Bloco de Esquerda’s national coordinator, regrets that the party’s proposal was rejected in parliament by the Socialist Party and right-wing parties: “It makes no sense to continue allowing the distribution of millionaire dividends”, said Catarina Martins.

The current health crisis and the upcoming economic and social crises have exposed even more pre-existing inequalities, so it is up to those sectors of society which will be less affected by the impacts of the crisis to contribute to overcoming them, at least through an equitable sharing of efforts.

Even though several proposals put forward by Bloco de Esquerda with the purpose of minimising the negative effects of the Covid-19 outbreak have not been approved at the parliamentary level, the party continues and will continue to be side by side with the most vulnerable people and attentive to people’s real problems. To this purpose, and in this period of social confinement and physical distancing between people, Bloco de Esquerda has created some social platforms aimed at connecting the population. For that, website has been created – despedimentos.pt – which aims to map the social irresponsibility of those who fire and exploit workers during the pandemic crisis, by receiving reports from people who have been fired and trying to respond to all of them. In addition, online debates have been held on different topics, twice a week. Among the topics already discussed we emphasise the challenge of homelessness and housing vulnerability, the rights of migrants and refugees, increased difficulties for informal caregivers and changes in education plans, all of which are intertwined to the present pandemic crises.

The proposals for economic, fiscal and social justice that have not obtained a parliamentary majority will certainly continue to be part of Bloco de Esquerda’s struggle for a more egalitarian and fair country, by not leaving anyone behind.