After the Portuguese general election last October it seemed unlikely that the actual outcome could have made such a long run. The Socialist Party, led by Antonio Costa, had to choose between its utter surrender to the center-right or a shift to the left, pressured by the relative majority of the right-wing coalition that governed in Portugal during the troika years on the one side, and a rising left on the other. By João Camargo.
João Camargo 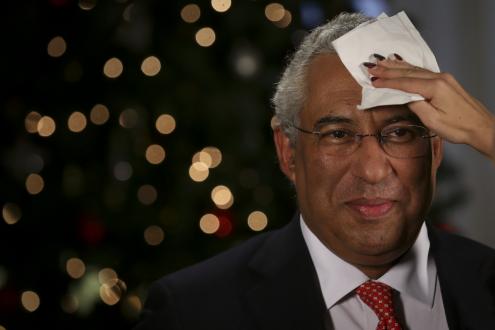 The multilateral agreements established by the Socialist Party with each of the other parties determined an important part of the new government’s program: the socialists binded themselves not to cut anymore spending on the welfare state, returning wage and pension cuts, increasing the minimum wage, stopping any privatizations and reinstating collective bargaining for workers. Furthermore, fighting labour precarity, prohibiting home evictions, stopping standardised exams for children, giving full rights of adoption for gay and lesbian couples, reversing the previous government’s restrictions on abortion, as well as reversing many of the policies by the previous government led by Passos Coelho.

Since taking power, on the 26th of November, the Socialist Party’s government, supported in parliament by the left, has upheld the agreements signed with the Left Bloc, the Communist Party and the Greens. The reversal of the privatization of the public airline TAP (which was privatised in the Council of Ministers of the previous government in the few days that it was in office) is on the table, while public transportation concessions to private companies in Porto and Lisbon have been fully reversed. Gay couples can now adopt, the restrictions on abortion have been removed, there is new legislation to protect debt-ridden families from foreclosures and evictions, children of 8, 10 and 12 will no longer have mandatory exams in Math and Portuguese, the extra tax the previous government had implemented will be reduced by two-thirds for most middle income wage earners, and erased for those earning less than 801€.The rise in the minimum wage was negotiated and, against employers’ associations, there was a deal to raise the minimum wage to 600€ by 2019 (it is was 485€ in 2015, it has risen to 505€ in 2016 and will rise at least 5% each year). This was one of the first disputes in the agreement, as the Communists and also Bloco wanted an immediate increase in 2016. A committee on fighting labour precarity has started to work, focusing mainly on independent workers.

The Left Bloc has named former party’s spokesman Francisco Louçã to the Council of State, a council that advises the President of Republic (the presidential election will be on the 24th of January). It is the first time that the party is represented in this council. The Communist Party, the Socialist Party, and the now dissolved right-wing coalition of Social-Democrats and Popular Party have each appointed a councilman.

The violent attacks by the right on the new government have lowered to practically nothing, specially since the scandal of a new bank debacle has risen. The previous government had injected 1,1 billion euros in BANIF, a private bank based in Madeira and managed by a former Socialist Party minister, Luís Amado. In 2012 it received the 1,1 billion from the troika “loan”, of which bank it repaid only 275 million (still owing 125 million euros since December 2014). In December the bank stocks crashed to near nothing values, when it was finally disclosed that the bank was bankrupt. It had been bankrupt, defaulting since the “clean exit” of the troika programme, triumphantly announced by previous PM Passos Coelho. In collusion with head of the Bank of Portugal (Portugal’s Central Bank) for electoral reasons, the situation was hid until it finally exploded three weeks after the new government took power. There was open pressure by the European Central Bank on the government so that the bank should be bailed out (less than one month before the new bail-in policy by the EU was implemented) for 2,2 billion euros. After that the European Commission forced the delivery of the bank to Spanish giant bank Santander for a mere 150 million euros, and a fiscal pardon of 289 million more. The European Commission ordered the Portuguese government to give money to Santander, refusing its proposal of adding BANIF to the Caixa Geral de Depósitos, Portugal’s public (and biggest) bank. In Parliament, the Left Bloc, the Greens and the Communist Party voted against the new bailout. It was the Socialist Party’s yes vote and the right-wing Social-Democrat’s abstention that fulfilled, once more, Euro’s policy on saving banks as usual, with public money, instead of keeping the bank in public hands once it was paid for with public money. This first important crack in the new government’s support is very relevant, and it also marked the end of the right-wing coalition, with previous CDS-PP (the minor partner in the coalition) leader and previous vice-Prime Minister Paulo Portas resigning, signalling the end of a cycle for the right.

But when it comes to banking and finance, the Socialist Party has displayed its consistency on supporting the European rules of crashing the people while bailing the banks. Again on the issue of another previously bailed-out bank (previous Banco Espírito Santo, now Novo Banco) in the government’s hand, it was decided to clear its newly formed toxic assets (now with private money) before redelivering it into private hands. The EU presses permanently for a complete delivery of the Portuguese financial system into the hands of the giant European financial groups. The Left Bloc expressed its opposition to this decision, supported by some rebel Socialist Party MPs.

The first weeks of the new Portuguese government have enabled important advances in some social issues, allowed a temporary halt on continued policies of impoverishment and even some advances, but the pressure exerted by the EU, this time not in the Eurogroup but from afar, coming from the European Central Bank and the Directorate-General for Competition, from the European Commission, show how far from and end to the troika years we still are. The Socialist Party’s acceptance of the ever damaging European policies will keep exposing the contradictions between European rule, the social welfare and the Portuguese Constitution. Undoubtedly these contradictions will come, sooner or later, to produce a clash with the agreement made with the left, leaving the Socialists to face the same situation of the day after the October elections. Hopefully, before that we will see major changes in Spain and Ireland, in which the elections may prove to be the end of the hegemony of the European Popular Party and the interests of the 1% they represent. 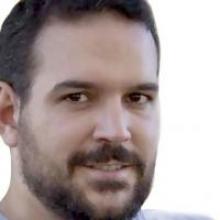