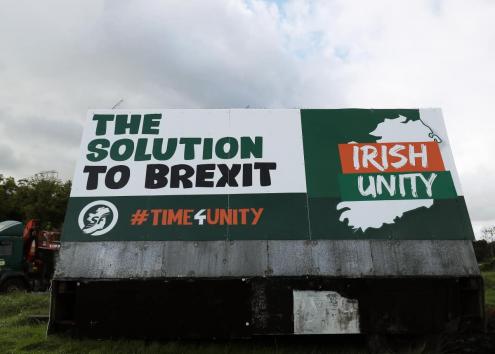 The Brexit agenda pursued by the British Government has been a threat to the integrity of the Good Friday Agreement and peace process in Ireland.

However, the real problema ir that the British imposed an artificial border in Ireland 100 years ago. That is why the border has been a huge issue in the Brexit negotiations.

There is no such thing as a good Brexit. However, the Withdrawal Agreement will limit some of the worst of the damage to the island of Ireland. But even then, it will not fully protect the rights of people in the north of Ireland.

On 29th April 2017, the European Council issued a statement saying that in the event of the Irish Unity, all of the island of Ireland would automatically be a full member of the EU.

I believe that one day MEPs from the north of Ireland will be elected to the European Parliament again. Until then, the EU and member states need to plan and help to facilitate preparations for Irish Unity.