Bloco de Esquerda, in its humanitarian, democratic and socialist spirit, expresses solidarity with all Latin American peoples and all countries in crisis. We contend that humanitarian and health aid should be brought to all populations in need. 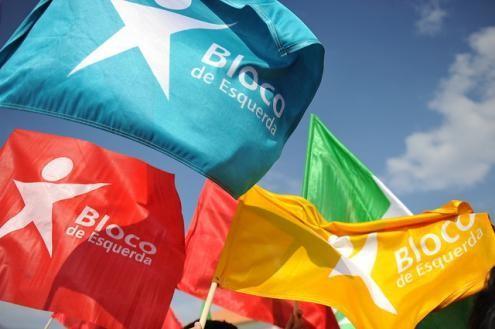 The world is suffering from a terrible pandemic crisis.

In Latin America and the Caribbean, the social crisis is adding to the humanitarian and political crisis. Approximately 140 million people may lose their wages. Victims add up and increase, in an unregulated way and without any clinical follow-up in most countries. If the contagion is democratic, the devastating effects are fundamentally affecting the poor and those without resources.

Humanitarian, health and social crises are spreading to most countries on the planet, from El Salvador, to Mexico, from Chile to Brazil, Bolivia and Ecuador, and this is only the beginning.

About 600 million human beings live disparate, complementary and recurring realities. They survive in economies that rise slowly and fall back into the pit of inequity, inequality and inflation. It is the most aggressive form of capitalism and it is being imposed by the northern neo-colonising power, the United States.

Thus the world ends in an apocalypse that attacks the poor first. We cannot allow it!

Bloco de Esquerda, in its humanitarian, democratic and socialist spirit, expresses solidarity with all Latin American peoples and all countries in crisis. We contend that humanitarian and health aid should be brought to all populations in need. Democracy and the respect for human rights are the rule for greater social and economic justice.

We denounce the attempts to bring war back to countries in Latin America and the Caribbean, namely Cuba and Venezuela, to whom we recognise the right to peace, sovereignty, and to dispose of their natural wealth.

In other countries like Bolivia, where President Evo Morales has been the target of a treacherous coup orchestrated by domestic and external reactionary forces – with the United States once again being at the forefront of the attack – there need to be fair and democratic elections so that the respect for the rule of law and the legitimate right to sovereignty may be brought back into the equation.

We denounce dictatorships and corruption, which continues to create more and more victims, as a result of an increasingly destructive capitalism, of an increasingly aggressive oligarchy, perhaps announcing the end of the cycle of this particular form of capitalism, which, whenever it does not find adequate resistance, it “renews” itself onto the form of new victims, new dictatorships, new social and economic oppressions. We must contribute to this stage of civic and citizen resistance.

The violent recolonization of an entire continent seems to be the agenda of US imperialism, and it is underway through its various agents and dictators, for which we denounce and express our solidarity with all these peoples and countries, in defence of democracy, human rights, sovereignty, peace and the right to natural wealth.

For the right to health and life for all peoples, in this pandemic crisis;

For democracy and human rights for Latin America and the Caribbean;

For the right to peace, territorial integrity and the free disposal of one’s own natural resources;

Against criminal blockades to some countries, namely Cuba and Venezuela, whose victims are their peoples;

For the right to justice, equality, dignity of all Latin American and Caribbean peoples;

For a just and fraternal future, for Socialism!