Marcelo Rebelo de Sousa surpassed the 50% barrier, which allows him to be re-elected on the first round. Marisa Matias, Left Bloc’s candidate for the presidential election, obtained 3.95% of the votes. 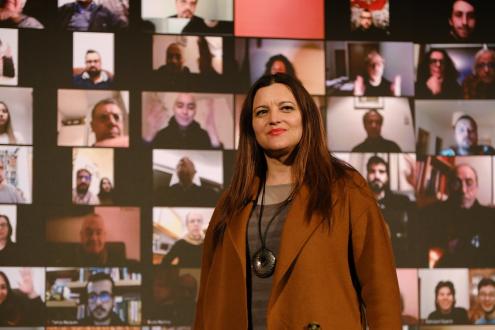 In the 2021 presidential elections, which took place on January 24, Marcelo Rebelo de Sousa surpassed the 50% barrier, allowing him to be re-elected in the first round. The current President of the Republic 60.70% of the votes.

In second place came Ana Gomes, with a total of 12.97%, while André Ventura, the extreme-right candidate, obtained 11,90% of the votes. Ventura was followed by João Ferreira, from the Portuguese Communist Party, with 4.32%, Marisa Matias, from Left Bloc, with 3.95%, Tiago Mayan Gonçalves from Liberal Initiative Party, with 3.22 %, and Vitorino Silva from the React – Include – Recycle Party, with 2.94%.

Marisa Matias’ electoral result is mainly explained by the emergence of an aggressive campaign from the extreme right and a utilitarian shift in the political preferences. The more moderate voters on the right, but particularly those of the Socialist Party and even on the Left, contributed to Marcelo Rebelo de Sousa’s victory in the first round.

Likewise, a substantial part of the electorate who traditionally votes for Left Bloc decided to vote for Marcelo Rebelo de Sousa and, to a lesser extent, for Ana Gomes, mainly as a means to prevent a second electoral round the elections and to promote a blockade to the far-right candidacy.

In a poll conducted by RTP (Radio and Television of Portugal) on the day of the presidential election, Left Block obtained 8% of the voting intentions in the legislative elections, a result that proves that voters continue to stand by its ideals and policies.

The National Bureau of the Left Bloc observed the importance of Marisa Matias’ socialist, feminist, anti-racist and ecological campaign, and claimed the pandemic crisis made it harder to expose the blockages that the presidency of Marcelo Rebelo de Sousa has promoted, from the persistence of the troika rule’s in labour legislation or the protection of private health groups, to the compliance to the European bank concentration programme paid by the countries of the euro periphery.

In her election night declaration, Marisa Matias promised to continue to fight for “a country that does not accept crisis and division as a policy” and guaranteed that “this result does not represent a no-show: today, much like yesterday, tomorrow, much like today, I will be here for all fights, whether we win or lose, as I always did and as all my people do”, before thanking all the support messages she has received.

In this context, Left Bloc stresses that the crisis that must be tackled as a matter of priority is the pandemic and social crisis. The fight against the far-right cannot ease the occupancy of the centre of the political dispute. Only the assertion of alternatives on the left and the demanding responses against the crisis can relegate extremism to its marginal place.