The National Bureau of the Left Bloc met on 30th January 2021, one week after the presidencial election. 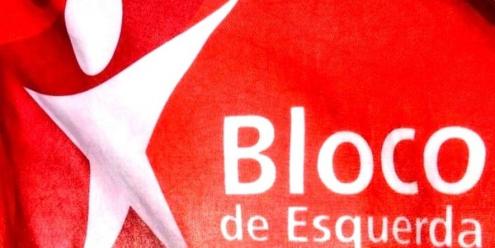 THE PRESIDENTIAL ELECTION IS MARKED BY THE PANDEMIC CRISIS AND THE AGGRESSIVENESS OF THE FAR-RIGHT.

The National Bureau of Bloco de Esquerda welcomes the availability and commitment of Marisa Matias and observes the importance of a socialist, feminist, anti-racist and ecological campaign, in asserting a response to the crisis and fighting the aggressiveness of the ultra-right. Marisa led a brave and precise campaign in its causes, whose results were far from the real impact of the candidacy and its goals.

Under the pandemic crisis that pushed the electoral campaign to the background, it became more difficult to expose the blockages that the presidency of Marcelo Rebelo de Sousa promote, either the persistence of the troika rule’s in labour legislation, the protection of private health groups or the compliance to the European bank concentration programme paid by the countries of the euro periphery. On the contrary, the years of Geringonça (Contraption) credited Marcelo as the guarantee of stability. The confrontation with Ventura associated the president in office with the image of a buffer to the growth of the ultra-right.

The more moderate voters on the right, but particularly those of the Socialist Party and even on the Left, contributed to this easy victory in the first round. The votes of Ana Gomes (who ranked second, but far behind Sampaio da Nóvoa’s score five years ago) and João Ferreira (at the level of Edgar Silva) further confirm this reading. The results, as well as the studies and polls published, indicate that a good share of people who declared themselves Bloco's voters chose to vote for Marcelo Rebelo de Sousa. In this scenario of polarisation, João Ferreira, who declared his hope of receiving the vote from socialist sectors, was far from receiving the full vote of the electorate of the PCP. Not surprisingly, most of the PS's voters, who had mobilised mainly for Sampaio da Nóvoa's candidacy, this time focused on the re-election of the president. Ana Gomes, who sought to exploit internal tensions within the PS, captured a very small part of her party's electorate. The hopes of those who expected from this election, particularly in the PS, a popular statement, reward or punishment, on the different positions of the Left in the State Budget for 2021 were not fulfilled.

The presidential elections also confirmed the re-configuration of the right. With a emptied CDS emptied and a PSD in decline, the most reactionary sectors of these parties gather around André Ventura, himself coming from the PSD ranks. By imitating of Donald Trump's strategy, Ventura will seek to use this expanded visibility to attract to his project impoverished popular sectors frustrated with the governance, as well as sectors of the bourgeoisie that aspire to the smashing of social rights. But the so-called "anti-establishment" party has already made very clear its interests, offering itself to PSD for places in power. On election night, Rui Rio showed reciprocity and admitted that the PSD's power project also involves Chega. But the right is far from having a majority that allows for any decisive position. On the contrary, in attempting to normalise Chega, PSD confines itself to the electoral stronghold willing to accept the prospect of a government with the far-right, offering António Costa the representation of the political centre. Instead of showing a political system in crisis, the results of the presidential election show a reconfiguration of the traditional right-wing field, to which the power projects of both parties are associated.

In this context, Bloco de Esquerda stresses that the crisis that must be tackled as a matter of priority is the pandemic and social crisis. The fight against the far-right cannot ease the occupancy of the centre of the political dispute. Only the assertion of alternatives on the left and the demanding responses against the crisis can relegate extremism to its marginal place.

BLOCO'S PRIORITY IS TO RESPOND TO THE CRISIS IN HEALTH, LABOUR, ECONOMY AND SOCIETY
Portugal registered the first cases of Covid almost a year ago and is now reaching the most critical period of the pandemic. Pressure on the National Health Service and the social and economic crisis are worsening. The pandemic crisis is not a temporary upheaval; the health threat is prolonged and its effects will be structural.

Bloco calls for a left-wing response to the crisis and confronts the government with the crucial issues of this time: the strengthening of the National Health Service, the response to the social crisis and investment to recover employment and the economy. Those are the measures, excluded from the 2021 budget by the government, that remain a priority for Portugal.

The requisition of the social and private sector, placing all healthcare installed capacity under the tutelage and organisation of the NHS, is essential to increase the response capacity in priority care, Covid and non-Covid, favouring equal conditions in access to urgent care. This integration of professionals and available means must be accompanied by the reinforcement of investment and the NHS careers enhancement.  If this is not done, the wearing out to which the pandemic subjects the NHS will not be recovered and will lead to irreversible degradation of the NHS. Unless this happens, the pandemic will lead to the wear and tear of the NHS, without any possibility of recovery in the face of its irreversible degradation. This is the plan of private health groups, which are trying to safeguard themselves, expecting to absorb a good part of the current responses of the NHS and its funding.

The lack of investment and the absence of solutions to structural problems in the Public School also marks the fragility of the response to the pandemic. The return to non-presencial education for an indefinite period of time has not been prepared by the government, starting with the failed promise of distribution of computers, and threatens to worsen inequalities.

The combination of closure of social facilities, lack of support for informal carers and fragility of public services penalises women disproportionately. Women head for any crisis at a disadvantage; they earn less and are more precarious, but are mostly in the front line of the Covid-19 fight and in the sectors most affected by the crisis. The permanent cohabitation between aggressors and victims has provided the ideal conditions for greater control and less opportunity to denounce and seek help. Data from the most recent study reveal an even more devastating reality: 34% of the victims were inflicted by domestic violence for the first time during the pandemic.

Populations in peripheral territories and migrant and racialised people are also disproportionately exposed to the crisis and suffer its effects with aggravated violence. Measures to tackle the crisis must take into account structural inequalities.

Social support, employment protection and the reinforcement of essential public services are central to the promotion of social and territorial cohesion and protection against poverty. The effects of job insecurity have been exacerbated in recent months: without employment protection, a large share of the population faces the economic and social storm being excluded from extraordinary support on the basis on their means tests, or with support benefits well below the poverty line. The rightness of the Bloc's criticism of the backsliding of the state budget in social protection is now evident. The immediate reinforcement of social support, and the need for a new ambition in terms of social protection, with more comprehensive support and with thresholds above the poverty line, is a fundamental requirement for the country and the Left.

The country's difficulties are aggravated by the restraints in responding to the crisis. Today we are among the European countries most hit by the pandemic but also among those that invest least in responding to the crisis. The 2020 deficit was lower than expected because the government chose not to execute 3.5 billion euros in 2020 in the face of the crisis. This option is outrageous given the effects of the crisis and the scarcity of supports provided in 2020 and for 2021.  Budgetary restraint is now extremely imprudent: low investment accentuates the dynamics of the crisis and hampers and slows down economic recovery.

MOBILISATION, DEBATE AND ORGANISATION IN TIMES OF PANDEMIC

Bloco has adapted its activities to the conditions required for protection of public health, but this adaptation does not mean less activity or less participation of members.

The National Bureau will promote among all district organisations a series of members’ plenary meetings to assess the outcomes of the presidential elections and debate the priorities for Bloco’s intervention in the current political framework.

The National Bureau summons the debate on the strategy and priorities for the local elections, delegating to the Political Commission the organisation of a Local Conference next month.

The National Bureau also decides to launch a campaign for new memberships. In the aftermath of the presidential elections, many decided to join the bloc. This reinforcement movement can and must be extended.

All initiatives, including the preparation and holding of the National Convention, must be adapted to ensure public health protection.