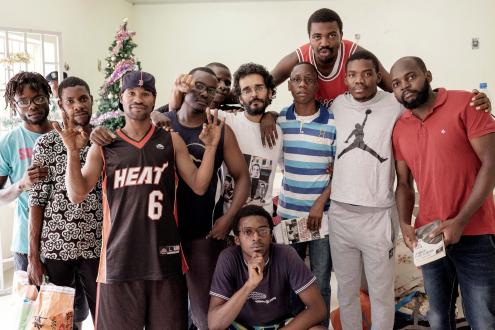 The Left Bloc’s motion about oppression in Angola, demanding a resolution to the trial of 15 activists arrested in June, was supported by 7 members of parliament, coming from the PS and the Animals and People’s Party (PAN). The fact that the activists now await the results of their trial in home arrest ‘does not remove the oppressive character of this whole process, which shall persist as long as freedom is not restored’, denounces the Left Bloc.

The party argues that ‘it is necessary that this winding process, that seeks to detain and punish those who criticise José Eduardo dos Santos’s government, be stopped and brought to an end. The government has been directly interfering throughout the process in order to indefinitely prolong the hearings.’

The Communist Party (PCP) has once again distanced itself from the Left Bloc’s initiative, stating that ‘other political forces’ cannot count on the PCP for ‘destabilising operations in Angola’.

Five motions reprimanding the nuclear tests carried out by North Korea were voted on in parliament last week. Those put forward by the Left Bloc, PSD (Social Democrats) and CDS (Social Democratic Centre) were approved, whilst those by the PEV (the Green Party) and PCP were rejected.

The Left Bloc’s proposal warned that the test involving a hydrogen bomb announced by North Korea was ‘another test that cannot escape criticism’, mentioning that it ‘accentuates regional tensions and underlines the dangers of an arms race’. History proves, the document says, ‘that the world is safer without nuclear weapons’.

The document also criticises governments that continue to opt for nuclear weapons: ‘in 2011, U$ 100 billion were spent on nuclear programmes around the world, with the US alone being responsible for U$ 61 billion. From 2010 to 2020 governments will spend U$ 950 billion on nuclear weapons. Those are the choices that need to be reversed and condemned.’

Translated by João Areal for esquerda.net/English.