The Left Bloc's vote of condolence pays homage to Sêvê Demir, Pakize Nayir and Fatma Uyar, feminists and Kurdish movement activists who were killed by the Turkish regime. 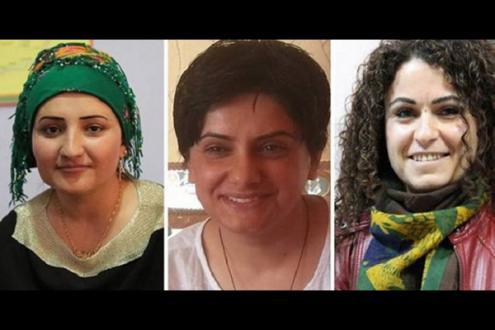 The vote of condolence submitted by the Left Bloc was passed despite the right’s abstention. A minute’s silence was held in the Plenary at the Assembly of the Republic. The three activists and feminists from the Kurdish movement were killed on the night of 5 January in Silopi by the Erdogan regime’s security forces following security raids on the pretext of the fight against terrorism.

According to the document drawn up by the Left Bloc, Sêvê Demir was 41 years old. She was a member of the Democratic Regions Party (DBP) and an activist for Kurdish people’s rights. She was a feminist and organised the launch of the Feminist Caravan in Kurdistan as part of the 4th  International World March of Women. She was imprisoned for 15 years for fighting against the oppression of the Kurdish people and defending freedom and rights for women. She went on hunger strike against the Turkish regime for 68 days. She showed strength and determination throughout her life and never gave up.

“Two other activists from the Kurdish movement died with her: Pakize Nayir, Vice-President of the People’s Assembly of Silopi, and Fatma Uyar, a member of the Free Women's Congress. They were feminists who dedicated their lives to fighting for another world; for a feminist, secular, democratic society in which people can be free and sovereign”, the document reads.

These murders “demonstrate the brutality of the Turkish authorities against the Kurdish people. The stances taken by Erdogan’s government – lack of respect for civil liberties and human rights – cannot be disregarded, as they have been brutal and repeated. It is impossible to carry on without taking a stand on the Turkish regime. We should fight to reject the use of the terrorism argument to facilitate and legitimate attacks on people”, the text concludes.

This recent report by Human Rights Watch also discusses the genocide of the Kurdish people by the Turkish state.

Translated by Tom Wiliams for esquerda.net.