Marisa Matias and José Gusmão, MEPs of Bloco de Esquerda, addressed a letter in late April to the European Ombudswoman denouncing the recent contract between the European Commission and Blackrock for the provision of advisory services for banks in the area of environmental regulation. For these MEPs, the flagrant conflict of interest was what motivated the complaint. 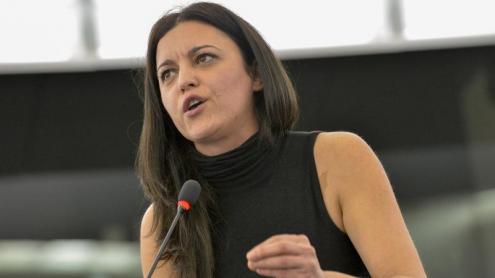 The MEPs recalled that Blackrock is “a spin-off of the American Blackrock that, as is well known, detains holdings worth more than $80 billion in the fossil fuel industry and is a shareholder in several major banks dimension”.

Their denunciation concluded that the issues raised by this contract are not limited to serious conflicts of interest, but also to the disregard for the tender specifications, which determines that “the contractor respects the applicable environmental, social and labor laws, as well as the obligations established by Union law, national law, collective and international conventions on environmental, social and labor matters, namely the Paris Agreement and the goals for sustainability and the transition to a low carbon economy ”, something that does not happen in the case of Blackrock.

Marisa Matias, stressing an obvious incompatibility in this hiring, pointed out that "…the same European Commission that announced the fight against climate change as a priority, hired BlackRock […] to produce a study for future legislation on precisely the environment and banking institutions.”.

The aforementioned MEPs also directly questioned the European Commission about the contract between this European institution and BlackRock, mainly stating that such a contract creates a conflict of financial interests, and that the company will define specific guidelines for the sector that it itself will have to comply with, gives an American company a significant margin to influence EU legislation and undermines the equitable implementation of the European Ecological Pact in the financial sector.

The European Commission answered the question made, being unclear in the explanation: “in accordance with the rules of the Financial Regulation, the criterion for awarding the contract was the "best quality / price ratio" (…) and the budget officer did not see, in the explanations provided, any element that could lead to considering the BlackRock proposal abnormally low, nor did he question the tenderer's ability to provide the proposed quality services.”.

The European Commission added that it will be aware of possible conflicts of interest and that it will act in the event of breach of contract, but MEPs understand that, "given the nature of the risk in question, this is not a contract that can be checked a posteriori", for it is common knowledge that these type of companies, such as BlackRock, have a strong profitable scope, and therefore they engage in contracts if and when they are profitable for them.

In fact, that answer was unable to dispel the concerns expressed by the MEPs about the contract and its potential negative consequences in various sectors, notably in environmental matters.

In view of the above, the MEPs of Bloco de Esquerda have again contacted the European Ombudswoman to demand the opening of an investigation into this matter, who is now expected to act accordingly.