The left and the People and Animal’s Party approved the State Budget for 2017, although there was opposition from the right. Here is a summary of the Left Bloc’s proposals that were approved in the detailed discussion. 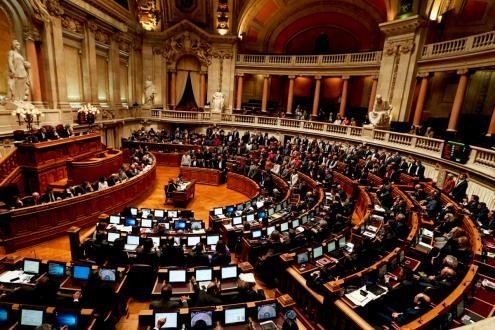 Plenary of the National Parliament, photo by Manuel de Almeida/Lusa.

Among other measures proposed by the Left Bloc, the following were approved:

A new Municipal Property Tax has been created for houses worth over 600,000 euros. The tax is 0.4% for companies and 0.7% for individual owners. A tax of 7.5% will be applied to buildings in offshore accounts. To fight tax evasion, any expense involving money transfers to offshore accounts will no longer be deductible from IRS or Corporate Income Tax. A tax has also been created on payments carried out through offshore financial institutions.

All precariat workers who work for the State will be hired with guaranteed contracts.

The Law Against Precarity, which only applied to “false autonomous workers”, was changed to include all forms of precarity. This includes the implementation of a system that was created to protect workers from being fired during a court case, by recognising them as false autonomous workers if their contract is investigated in a court of law. As well as this, the system for the control and oversight of all precarity cases will be improved. Additionally, the Social Security system will become fairer to autonomous workers, as their discounts will have a reference period of a maximum of three months and, in months when they have no income, they will only be required to pay a maximum of 20 euros to remain in the tax system.

The maximum cost of tuition fees will be fixed at the maximum rate for the academic year 2016/2017.

The cost of medical disability certifications will be halved.

Automatic access of a social water tariff, a similar proposal to the Left Bloc’s proposed automatic access to a social electricity tariff last year, will benefit the most vulnerable families.

The Left Bloc has proposed an increase in the numbers of nurses hired in public hospitals.