Last Friday the Socialist Party, the Left Bloc, the Communist Party and the Green Party voted in favour of the State Budget for 2017.​​​​​​​ 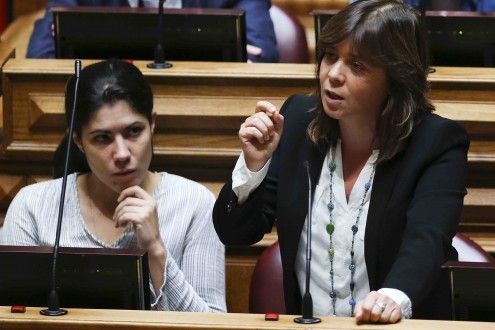 After two days discussing the State Budget for 2017, the Socialist Party, the Left Bloc, the Communist Party and the Green Party voted in favour, People-Animals-Nature abstained and the Social Democratic Party, as well as the People's Party voted against.

Some of the most important policies the State Budget will bring in are: the biggest increase in pensions in a decade, an increase in child benefits for every child up to the age of three, a transfer of 30 million euros to the Solidarity Supplement for the Elderly, providing free school books for every child in Primary School, hiring more school staff and teachers, taxing real estate valued at over 600 thousand euros (per person owning it) by 0.3%, and, lastly, introducing several measures to fight job insecurity, especially for self-employed people. Catarina Martins reacted to the news by saying "there is still so much to be done, but no one can deny how far we have come".

In the discussion, the Finance minister agreed with the Left Bloc about the importance of debt restructuring. Catarina Martins, the Left Bloc's chairwoman, said in the conclusion of the discussion that "yesterday the government clearly accepted that we must negotiate a reduction in the interest rate of public debt. It's a big step; interest rates cost an enormous amount of money and drain resources that could be used in investment and public services, areas where there is a drastic lack of funding. Interest rates are also a form of parasitism: creditors lend money at a rate of 3.5%, for which they pay a rate of 0%. To fight this robbery of the financial sector is essential if we are to defend Portugal".

Catarina continued, saying that "Portugal needs to reduce interest rates, yes, we’re counting on this renegotiation. But this truth faces a lying Europe. The economic lie and the antidemocratic truth, the power of the powerful imposed on the periphery, these are the European rules". "It is not acceptable for us to have expectations of Europe that it will not meet. European institutions do not have good intentions and the budgetary matter will be a European matter, in this budget and in the following budgets. This extremism and this lie [referring to the deal made between the European Union and France on exceeding its national debt, supported by the EU] is the real Europe".