Artigo    /   English    /   Left Bloc defends that all installed capacity in health services should be used, including in the private sector 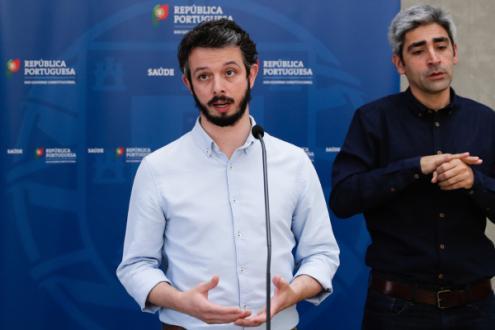 One of Left Bloc’s main priorities is the defence of public services, and the National Health Service (NHS) is no exception to this.

Today, more than ever before, the importance of the NHS should not be devalued. Left Bloc has always recognised its importance and all its proposed measures have aimed to defend its valorisation.

And in fact, many people who did not use to give much importance to the NHS have now been recognising its enormous value, especially amid a pandemic crisis that has taken the lives of so many.

Against all liberal prognoses, the NHS has been crucial in the response to the enormous obstacles, some as old as its chronic and recurrent underfunding, others more recent and resulting from the strangulation of public hospitals in the face of an exponential growth in cases of contagion and hospitalisations due to COVID-19 and other diseases.

Had it not been for “the obstinacy of the [Portuguese] Government that allows patients to be sent abroad, but does not move towards a civil requisition”, as stressed out by Left Bloc’s MP Moisés Ferreira, and the NHS would not have had to sacrifice so many of its human and material resources throughout the past few months.

The activation of this mechanism of “civil requisition” of private institutions has been proposed by Left Bloc for several months, mainly because a civil requisition stands as a mechanism that is legally established and more than justified at a time when Portuguese public hospitals are experiencing unprecedented levels of pressure.

Dismissing and shielding private hospitals from contributing their fair share to save lives and decrease the ferocious impacts of COVID-19 has precisely been the current Portuguese Government’s stance – an intransigence which has become increasingly difficult to understand.