Glyphosate: sectarianism is bad for your health

In a vote proposed by the Left Bloc, the Portuguese Communist Party surprised us all when they changed their vote and joined the right, resulting in a failed attempt to ban the use of the carcinogenic herbicide in public areas. By Nelson Peralta.
Nelson Peralta 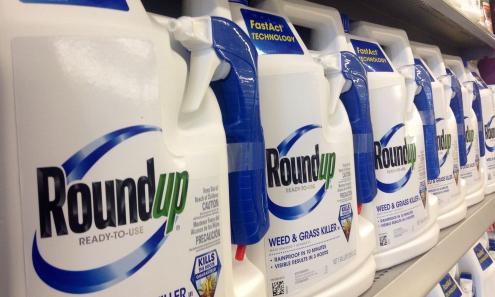 Roundup, the commercial name for glyphosate, was created in 1974 by Monsanto, which thanks to it earned annually millions of euros.

Parliament voted to ban the use of the carcinogenic herbicide in public areas last week, but the combined Socialist Party, Left Bloc, Portuguese Green Party and People-Animals-Nature Party’s votes were not enough. The right already knew what they were dealing with; despite the resolution adopted by the Social Democratic Party and People’s Party in the European Parliament, which included this precise restriction. The right has always sided with agribusiness multinationals, but the Portuguese Communist Party’s vote shows a change in its position that’s come about in just one month. The Left Bloc’s proposal to completely ban the use of glyphosate in public areas and agriculture was voted on on the 15th April; the Portuguese Communist Party abstained. Now faced with a more limited proposal (to only ban the use of it in public areas), the Portuguese Communist Party voted against it.

What had changed now that it was their vote that would make a difference? A month ago, in the broader proposal, the Communist Party’s vote was not decisive. Today, it would have been enough for the party to abstain again for the bill to be passed, since the Socialist Party announced its vote in favour of the bill. When its vote could change people’s lives, the Communist Party chose to leave a decision that could have been made in Portugal, to the European Union. The EU is set to decide on Thursday if the glyphosate license, which will end on the 30th June, will be renewed, and expectations are low as to whether public health will be protected.

Interestingly, the Communist Party put forward proposals for a total ban on glyphosate in the Regional Legislative Assemblies of the Azores and of Madeira. It voted to ban Glyphosate in public areas in several Municipal Assemblies, including Lisbon and Almada. Évora city council, which is led by the Communist Party, announced that it has stopped using glyphosate. This shows that the Communist Party didn’t vote the bill down because the idea was bad. The proposal was bad because it was the Left Bloc that presented it. This gives us enough cause to say that sectarianism is bad for the health.

This pesticide makes 5 billion dollars a year just for Monsanto. We know the powerful interests that this proposal may anger, but the Left Bloc will continue to fight to ban glyphosate in public areas and, as soon as possible, in agriculture too. When our vote makes a difference, we make sure it’s in the interest of the population and the environment.

Translation by Luci Ruas for esquerda.net/English. 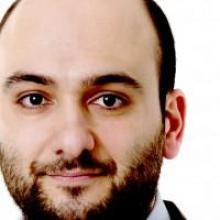