The connection between the spread of Zika and climate change is certain. By Ricardo Coelho. 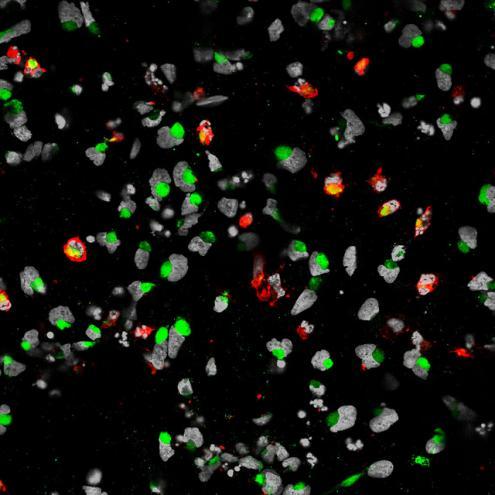 Zika is a virus transmitted by mosquitoes. Although related to dengue, it is rather less dangerous. In most cases does not cause any symptoms and only hives, fever, migraines and muscle pain in others. Discovered in 1947 in the Zika Forest in Uganda, few infections were recorded until 2007, when an epidemic first affected a small Micronesian island. By 2013, Zika had already reached Polynesia and two years later it arrived in Latin America where, according to the World Health Organisation, it may affect up to four million people.

The new Zika epidemic has been news because in Brazil it has been accompanied by a sharp increase in the number of children born with microcephaly, i.e. a smaller head than normal. Microcephaly is linked to mental development difficulties in the children affected, as well as heart, eyesight and hearing problems. Although a connection between pregnant women infected by Zika and the birth of children with microcephaly has not been proven, it certainly does not seem to be a coincidence. It has yet to be explained what type of mutation occurred in the virus for new symptoms to have emerged or why the mutation took place.

It is also not yet clear what the consequences of the Zika epidemic will be in the medium term, since other complications will almost certainly arise, including higher rates of Guillain-Barré syndrome, a nervous system disorder that causes partial paralysis. It is also possible that pregnant women becoming infected with the virus may cause neurological problems in children even if they are not born with microcephaly.

What is certain is the connection between the spread of Zika and climate change. It is not a coincidence that the virus has spread from Central Africa to Latin America during a decade which has seen the highest temperatures ever. The combination of higher temperatures and more precipitation, which is a consequence of climate change, means that a larger area of the planet is warm and damp enough for mosquitoes to be able to survive and reproduce. As a result, epidemics caused by viruses spread by mosquitoes may become more common.

It is also certain that there are other ecological factors that influence the spread of mosquitoes. Deforestation encourages mosquitoes to multiply, since they survive better with low-growing vegetation (including agricultural crops). Uncontrolled urbanisation, a reflection of policies that eject people from rural areas, produces not only to bigger settlements but also environments that are highly favourable for mosquitoes to reproduce, including water tanks in houses that do not have plumbing. Together with the increase in air traffic, which leads more people to travel around the world, these factors create conditions for a disease spread by mosquitoes to become global and affect more and more people.

The epidemic has also been made worse by social factors related to the inequality and conservatism that continue to beset most of South America. Technological solutions, such as using pesticides to control mosquito populations, are little more than a stopgap when millions of people live in shanty towns with no sanitation, access to a public health system or the possibility of buying mosquito nets or repellent. Worse still, many of these solutions may be counter-productive or bring new problems: pesticides may also kill insects that prey on mosquitoes; the release of transgenic mosquitoes is another experiment with unpredictable results. On the other hand, asking women not to get pregnant, which has happened in several countries, is unspeakably cruel when abortion is illegal and access to contraception limited or non-existent in those countries (even those that have leftist governments).

The new Zika epidemic, spurred on by climate change, is another sign – perhaps the most dramatic one to date – that we are living in a world increasingly hostile to life. Theological considerations aside, it is not divine vengeance that is at hand, but rather the outcome of a production system that contaminates the air, soil and water. An ecological revolution to prevent more and worse catastrophes is not only needed but increasingly essential.