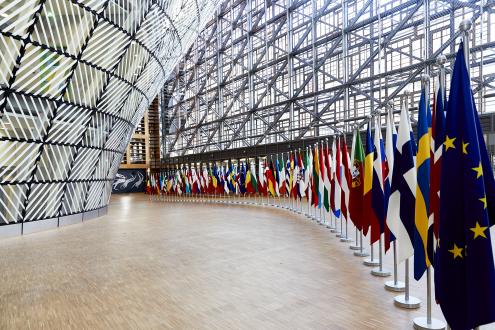 The Recovery Fund will be of 750 billion euros, half of the minimum amount that the European Commission has estimated it would need to respond to the crisis.

This agreement to respond to the pandemic crisis has created new tensions between Member States and remains far from the necessary cooperation between them, affirms the coordinator of Bloco de Esquerda. The necessary solidarity between the Member States of the European Union was far from the political choices on the movement of people, where “economic competition has prevailed”, and continues to remain absent in budgetary choices.

For Catarina Martins, “what today is allocated to the response to the crisis will increase sovereign debt and weaken policies for cohesion, agriculture, innovation or climate transition”.

In a series of statements made at a press conference, Catarina Martins also recalled that “the states that most benefit from the common market, such as the Netherlands, see their net contributions reduced, increasing inequalities within the European Union”. In this scenario, it is “even more scandalous and unsustainable” that the largest Portuguese companies maintain their headquarters in the Netherlands, thus failing to pay taxes in Portugal.

The European Council’s agreement also foresees mechanisms to control access to funds, which opens the way for the “blackmail and interference” of the countries most benefited by the euro towards those which are most affected by it, including Portugal. As an example, there is the pressure exerted by the Dutch Prime Minister to approve a more precarious labour law and to privatise the public pension system.

For Pedro Filipe Soares, parliamentary leader of Bloco de Esquerda, the European Council’s agreement reveals “some frailty in the European process”. However, he stresses that it is now necessary to ensure that there is no loss of income and rights and to safeguard the “public services that were essential during the pandemic”.

The agreement, which comes after one of the longest meetings of the European Council, is quite different from the original proposal. The new commitment presents several “cuts in the planned funds, both structural and one-off”. Pedro Filipe Soares exemplifies with the cuts in cohesion funds, where there is a 9% decrease for Portugal, and in the common agricultural policy, where there is a 12% cut.

For Bloco de Esquerda, the money now allocated to Portugal should serve for the Government to “guarantee social policies that do not leave anyone behind”, ensuring that there is no loss of income and rights, and to safeguard the “public services that were fundamental during the pandemic”, such as the National Health Service and the Public School, underlines the MP.

Regarding the qualification of the agreement reached, Pedro Filipe Soares says that “the future will show that it could have been much better, and the precedent it sets for future European negotiations, in which those who are less display less solidarity end up having a greater advantage in the negotiation processes, is not at all a good result”, says the MP.

The parliamentary leader of Bloco de Esquerda also recalled that the rules of the European semester remain in force, which may bring austerity in the future, through deficit restriction rules, if there is a “European mood change”.