Artigo    /   English    /   Cabo Delgado: the EU has not assumed its responsibility

Marisa Matias, MEP for Left Bloc, stresses that “perhaps the States would be freer to act” if there were no multinationals in the province of Cabo Delgado which dedicate themselves “to the extraction of natural resources in an absolutely predatory way”. 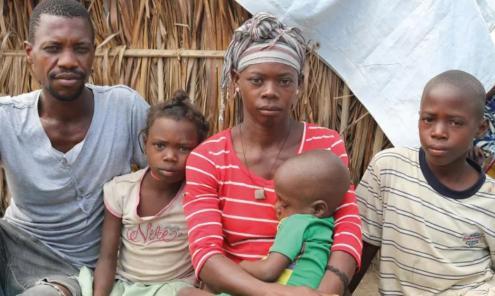 Fotografia: Save the Children

The northern province of Cabo Delgado in Mozambique has been plagued by attacks by insurgent groups that have profoundly destabilized the region. Since 2017, there have been terrorist attacks that have fostered a climate of civil war, with devastating effects for the local populations.

Marisa Matias, MEP for Left Bloc, considers that we are facing a “complex situation that is not new” and that the inaction of the international community so far is related to “the discovery of one of the largest gas reserves in the world between 2010 and 2013”, which resulted in a “greater concentration of multinational companies aiming to exploit these resources”.

Matias also pointed out that “the poverty of the population contrasts with the wealth of natural resources” existing in the territory, and that many of the companies that dedicate themselves to their exploration “have invested in a militarisation logic to protect the extraction of these resources”, which, in turn, gave rise to “the creation of armed groups, of mercenaries”.

In addition to the violent deaths and the forced recruitment of young people, the attacks have already displaced more than 700,000 people towards the provincial capital, Pemba, of whom an estimated 300,000 are children. According to a report by the non-governmental organisation Save The Children, extreme violence affects about half of people under the age of 18, who witness the violence and also because they are targeted when they refuse to be recruited.

The MEP warns that the populations “are being held hostage, trapped on the one hand by terrorist groups and on the other hand by private military companies” and underlines the urgency of guaranteeing the necessary humanitarian aid. For that, there needs to be “availability and willingness of some of the actors that are on the ground to allow and streamline this type of operations”.

In the camps around the capital, everything is lacking: water, food, medicines, schools, shelters against the weather. Whilst not excluding the need of sending out a peacekeeping force, Marisa Matias emphasises that it must be requested by the Mozambican authorities and without jeopardising the country’s sovereignty.

The MEP for Left Bloc highlights, on the other hand, the European Union’s difficulty “in assuming its responsibility”. And she recalls France’s position in gas exploration and the existence of numerous direct beneficiaries of the business, such as BNP Paribas, Société Générale and Crédit Agricole. These entities “do not budge” and “benefit from the support of military groups that are being created to defend the exploitations, but which do not defend the population in any way. On the contrary, they are yet another group that threatens and corrals populations”, says Marisa Matias.