Bloco de Esquerda presented a set of proposed amendments to the Supplementary Budget for 2020, which appears as a response to the crisis caused by the Covid-19 pandemic, currently being debated in the Portuguese Parliament. 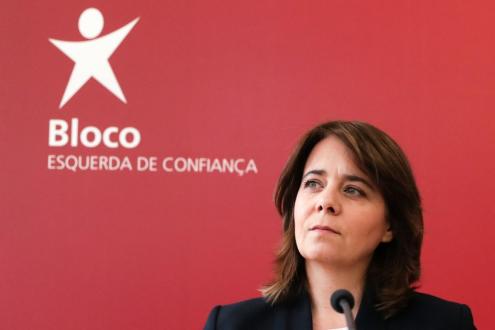 In defense of the rights of those who work, Bloco de Esquerda wants to include in the Supplementary Budget for 2020 an extraordinary unemployment benefit that covers all workers who were not covered by pre-existing benefits: independent workers with benefits below the poverty line, informal workers, domestic service workers, lawyers and solicitors, workers with tax payments but who do not reach the guarantee term for the unemployment benefit or who do not fit in the condition of resources of the social unemployment benefit. The aim is to ensure that this proposal, which has already been approved in a primary phase even with the opposition of the Government, is included in the Supplementary Budget to come into force as early as July. As for the lay-off, Bloco de Esquerda proposes that the wages of workers in this situation, extended by the government, should now be paid by 100%.

Whoever profits from the crisis must contribute more

Bloco de Esquerda proposed a measure that prohibits state support to companies with shareholders based in “tax havens” and offshores.

In the proposal, Bloco de Esquerda states that “access to support created under exceptional and temporary measures to respond to the Covid-19 epidemic is excluded from all entities that, throughout their ownership structure, are directly or indirectly involved by entities whose beneficial owner is based in countries, territories and regions with a more favorable tax regime”. To this end, Bloco de Esquerda invokes the concept of “effective beneficiary”, regulated by the law that stipulates measures to combat money laundering.

Countries such as Denmark, France, Belgium, Italy, Austria and Poland have announced similar measures, albeit with different technical solutions.

In the Health department, Bloco de Esquerda proposes the hiring of more professionals, with the definitive integration of those who reinforced services during the pandemic, as well as the elimination of moderating fees in examinations and analyses. Health care professionals who deal directly with Covid-19 should also benefit from a risk benefit.

Regarding Education, Bloco de Esquerda intends to implement a long-needed measure, now more urgent given the context of the current pandemic: the reduction of the number of students per class with the reinforcement of the teaching staff, which covers not only the new classes to be formed, but also the need for pedagogical support that the recovery of students imposes.

Decrease in VAT on electricity, will it be this time?

The list of measures presented also includes the drop in electricity VAT, which the government left undefined in the 2020 Budget and which Bloco de Esquerda wants to implement now as a measure of economic relief. Electric consumption up to 150 kWh should have its VAT reduced. In contracts with powers below 6.9 kVA (six out of ten), the minimum rate, 6%, would be applied to that consumption. In 6.9 kVA power contracts (one quarter of the total), consumption would be taxed at the rate of 6% for the first 75 kWh of consumption and at the intermediate rate, 13%, for the second 75 kWh. The average monthly consumption in these two levels is around 200 kWh and 240 kWh, respectively.

Finally, Bloco de Esquerda also defends the existence of extraordinary support for the corporations of voluntary firefighters affected by the drop in revenues from the transportation of non-urgent patients. With the fire season currently undergoing, this situation must be resolved.

For Catarina Martins, Bloco de Esquerda’s coordinator, in all the responses to the crisis that are built, “it is necessary to listen to the country, to have solidarity and to have the necessary empathy”.