Artigo    /   English    /   The weakest go to the wall: years of PSD/CDS-PP and the troika were terrible for the poorest in society

The weakest go to the wall: years of PSD/CDS-PP and the troika were terrible for the poorest in society

Between 2009 and 2013, the poorest in society lost one in four of the euros they earned. They were the ones who suffered the most brutal cuts, with poverty and social exclusion figures falling low enough to match those at the beginning of the century. By Ricardo Moreira.
Ricardo Moreira 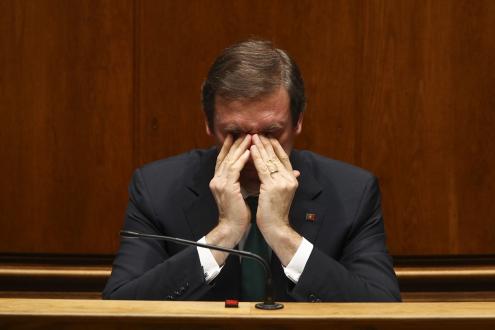 I don’t know if you remember, but in 2014 Passos Coelho, the Prime Minister at the time, said that "the economic crisis did not worsen inequality, it even had a tendency to make it a bit better," during a visit to the charity “Santa Casa da Misericórdia”, eventually concluding that during the troika years it had not been the poor who got screwed over.

We knew it was all a lie, that it was all Socialist Democratic Party (PSD) and People's Party (CDS-PP) propaganda, and that in fact, the poor were suffering much more, and that inequality was being reduced precisely because wages were decreasing. That is, we were all getting poorer.

But there wasn’t any data to statistically confirm the certainty that we felt, yet. Now there is.

The European Anti-Poverty Network had their national meeting on Monday, and invited Professor Carlos Farinha Rodrigues to talk about the troika period of austerity. The data is clear, between 2009 and 2013 the poorest in society lost one in four of the euros they earned. They were the ones who suffered the most brutal cuts, with poverty and social exclusion figures falling low enough to match those at the beginning of the century.

This was contributed to greatly by the changes made to the Portuguese benefits system, the Social Insertion Income (RSI), in 2010, and even more so in 2012. It is notable that these benefits are intended to be a last resort to help families at high risk of poverty and social exclusion, especially at a time of economic (and therefore social) crisis. However, the number of beneficiaries decreased from about 400,000 in 2010 to less than 275,000 in late 2013, not even reaching 150,000 today.

Changes to the RSI – which the former minister of the People's Party Pedro Mota Soares called "separating the wheat from the chaff" - created an inadequate, bureaucratic system which was unable to respond to the tragedy of poverty, and which were the subject of a report by Farinha Rodrigues.

In just three years, poverty increased by 30% and one in three poor people lost access to the RSI. In a country where one in three children is poor, the withdrawal of RSI from families resulted in an increase of 44% in child poverty. A catastrophe.

Now, the new parliamentary majority has to respond to this issue, and respond to the impoverishment caused by the Socialist Democratic Party and People’s Party government, with a decisive statement that no one will get left behind.

This requires that families who need support have access to the Social Insertion Income and that the system reduces poverty, and the intensity of poverty, so that people can live with dignity. This should be our national aim.

From the moment that the Left Bloc became a part of the parliamentary majority, it has tried to protect the most vulnerable, as we did with the new social tariff for energy that made "EDP pay what it owes".

Now it's time to respond to the needs of the poorest in our society.

Translated by Luci Ruas for Esquerda.net/English. 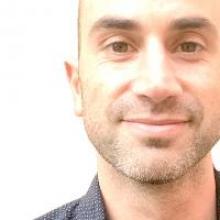