The 10th Left Bloc​'s National Convention will take place on June 25th and 26th, in Lisbon, with the motto "More Power to Win". On the night of June 24th, there will be an internationalist session focused on activism and social movements. 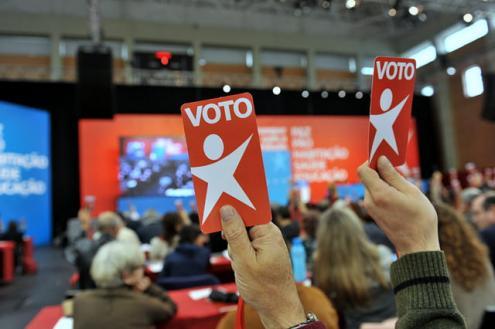 On Friday, June 24th, there will be an international meeting with social movements, ​including speeches by Eric Toussaint (from a Plan B for Europe), Arthur Moreau (from Nuit Debout, in France), Sylvia Gabelmann (from Blockupy! in Germany), Catarina Martins (Left Bloc’s spokesperson and MP), Marisa Matias (Left Bloc MEP) and Luís Fazenda (from Left Bloc’s international department).

On Saturday, June 25th, the plenary session will begin at 11 a.m. and the discussion will continue until 11 p.m. ​The next day, the three political motions will have ​the chance to make a final speech​, followed by the final votes and the closing session.

Next week, esquerda.net/english will publish translations of each of the three motions that will be discussed at the convention. ​