The government will meet with all parliamentary parties to discuss the State Budget draft for 2016. At the same time, meetings will be held in Brussels with the European Commission, which is threatening to reject the document. 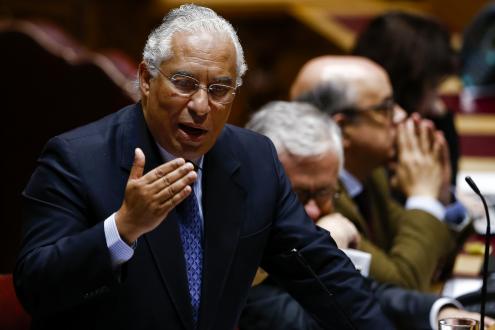 Formal meetings between PS and left-wing parties will begin tomorrow to discuss the State Budget (SB) draft for 2016.  All parties will meet with the government, including left-wing parties which make up the parliamentary majority. These meetings will start tomorrow, first with the People-Animal-Nature Party, then the Green Party, followed by the Left Bloc, the two-right wing parties, PSD and CDS, and, lastly, the Communist Party.

Meanwhile, in Brussels, the government has presented new measures to reduce the deficit, but according to its Vice-President, Valdis Dombrovskis, these are still considered insufficient by the European Commission. Dombrovskis stated that “Portuguese authorities have proposed some measures to bring the SB draft closer to the Stability and Growth Pact demands”, but he added that “an additional effort is still necessary”. The main point of discussion between the government and the European Commission is not the value of the deficit, nor the credibility of the budget, but the value of the structural deficit. Meetings with the European Commission will continue until Friday.

Based on the SB draft presented by Portugal and the outcomes of negotiations with the government, the European Commission has until the following Friday to decide whether or not Portugal is in “a particularly serious default” regarding compliance with European budgetary rules. If the Commission decides it is, Portugal then will be given three weeks to present a revised version of the SB draft. Unidentified sources within the European Commission have said that the Commission is still considering rejecting the draft. Jean-Claude Juncker said he was “very worried” about the draft presented by the government.