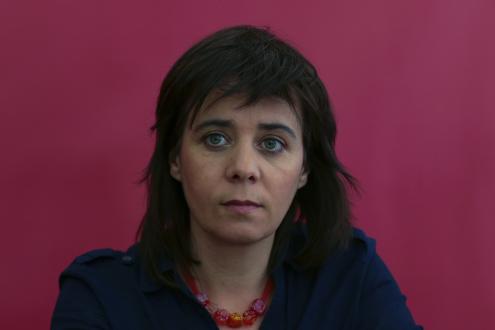 In a recent interview, Catarina Martins argued that a political relevant event has taken place at the last Portuguese elections: the right wing lost its parliamentary majority, although it is “having some trouble in coming to terms with it.” According to Catarina, negotiations with the socialists were complex, but their essential goal was reached: “to put an end to the cycle of impoverishment the country was going through”.

Catarina Martins added that the Left Bloc is quite different from the Socialist Party. “We think that in order to end austerity and redistribute income in favor of those living off their work it is necessary to do much more than what the Socialist Party is willing to do. For example, we believe debt restructuring is needed in order to enable such income redistribution and protect the country”, stated Catarina. “I am quite sure that those who voted for the Left Bloc and the Communist Party, and who were one million people, are the ones to be held responsible for this different governmental solution. It is thanks to them we are today entitled to hope for a government that won’t bring about more impoverishment throughout next year”.

“Those who voted for us were quite aware of what was in out program and what agreement we were willing to sign.”

It was during the campaign, in her debate with the leader of the Socialist Party, António Costa, that Catarina Martins announced that the Left Bloc was willing to reach some sort of agreement with the socialists, in case they promised to stop the impoverishment, protect the welfare state and bring the privatisation process to an end. Catarina thus concludes that “those who voted for us were quite aware of what was in our program and what agreement we were willing to sign”.

The agreement reached with the Socialist Party, which will allow them to go into government, was endorsed by Left Bloc’s Political Committee. The document summarises the program and specifies the contents that should guide the next government, supported in Parliament by a left-wing majority.