Artigo    /   English    /   No to Russian imperialist agression. For an integral and neutral Ukraine

The Left Bloc's Political Commission states that Portugal should "condemn Putin's military adventure and distance itself from positions of support for the USA and the expansion of NATO". Read the statement here. 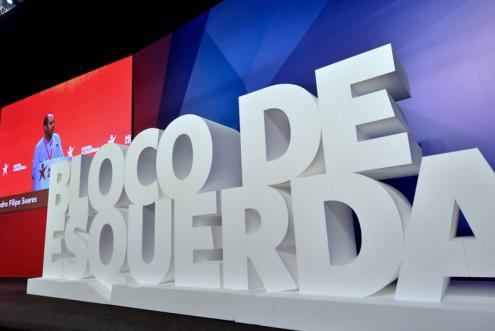 The Resolution approved by the National Board of Left Bloc, at its meeting on 5 February, had warned a) that the strengthening of NATO's war machine, under the pretext of the military maneuvers of Russian imperialism, endangers peace in Europe; b) that Russia must unconditionally respect the territorial integrity of Ukraine.

Faced with the annexation of the Donbass, Left Bloc condemns Putin's military adventure, which is accompanied by an imperialist discourse that denies Ukraine's right to exist as an independent state. It is a rejection of the Minsk Agreements, violated by both parties over the years. This annexation is undoubtedly a break with the previous process, the partition of Ukraine's territory, whose borders are recognized by the United Nations, completely contrary to international law. Putin's actions only find a significant support from well-known personalities of the European far-right.

The so-called Donetsk and Lugansk Republics have never had any process of national self-determination that would qualify them for individual solutions and are now, in fact, territories under the domination of the Russian Federation.

Portugal should condemn Putin's military adventure and highlight its distance from the positions of support for the USA and for the expansion of NATO, however should support the application of sanctions against the Russian leaders, their oligarch supporters and their international companies, offering its political and diplomatic solidarity with Ukraine to preserve its territory. The Portuguese government should, within the framework of the European Union, insist on the diplomatic route to define the terms of the ceasefire in the Donbass for coexistence in the region.

Clearly, the US imposition of arms and NATO bases along the Russian Federation´s borders are aggravating tensions and escalating the conflict in a Cold War style. The Portuguese government should act so that Ukraine may have a de facto status similar to the one of Finland - of respected neutrality. Is in such solution, acceptable to all parties, that European diplomacies should focus their efforts.