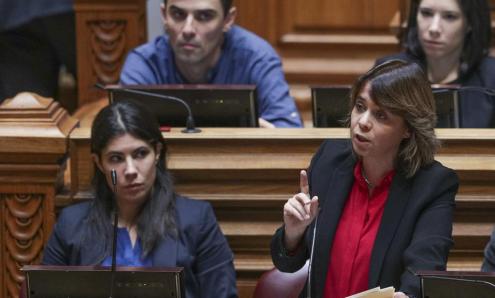 In Portugal, the vote on the State Budget takes place in two stages: a general vote is taken on an initial phase, and another vote is taken on a “specialty” stage, where the different parliamentary groups are given the chance to make amendments to the document initially presented by the government in the general stage. After the second stage, the document is once more voted on a “general” and final stage. The first vote on the general stage took place on January 10 and the final vote on the same stage will be on February 7.

The National Board of Bloco de Esquerda, the party’s highest body and made up of 80 members, had decided on January 4 that the party would not vote in favour of the State Budget for 2020 presented by the Socialist Party in the “general stage” because it did not reflect the proposals that Bloco de Esquerda had presented, because there were no income recovery measures other than those that “stem from measures approved in previous years” that “fight low wages and low pensions” and because public investment “is sacrificed to financial surplus” and becomes a “problem of economic deficit in our country”.

The Political Committee of Bloco de Esquerda was then mandated to continue negotiations with the Socialist Party government that would define the final vote.

It was on the result of these negotiations that Catarina Martins, in a press conference held on January 9, clarified that the negotiation “took place in difficult conditions” and “it only ended this morning”, since the “government gave late signals for being open to negotiate”. We negotiated until the last minute”, she informed, adding that there are “still open questions” but several others are “guaranteed” and written on paper.

For those reasons, Bloco de Esquerda decided to abstain in the vote of the State Budget’s general stage, which also ensures the continuity of the Socialist Party in power.

Health, pensions and tuition fees are thus the measures that justify Bloco de Esquerda’s abstention in the Portuguese State Budget for 2020

In the case of health, Bloco de Esquerda achieved the commitment to create a package of emergency response measures in the health sector, namely the elimination of user fees in primary health care as soon as the budget comes into into force (and not phased out as provided for in the government proposal); an increase in investment of an additional 180 million euros aimed at investing in complementary means of diagnosis; the creation of a regime of exclusivity for doctors in the National Health Service; and the strengthening of Mental Health, with the creation of mental health teams in the communities and providing anti-psychotic drugs in general medical practice. Added to these measures is a budgetary increase of 800 million euros aimed at responding to the National Health Service’s underbudgeting, which Bloco de Esquerda had already proposed and was already included in the State Budget proposal submitted by the government in the Portuguese Parliament.

In the area of pensions, Bloco de Esquerda achieved an extraordinary update “similar and in line with those carried out annually in the previous legislature”, in addition to an extension of the Solidarity Supplement for the Elderly, a measure considered by Catarina Martins as “very important” and a step towards the total elimination of the children’s income in the allocation of this social benefit. Hence, although raises in pensions and wages are already confirmed, they remain insufficient to respond to the real needs of the population.

In the sector of education, a reduction of the value of tuition fees in higher education has been agreed upon. Tuition fees will fall once more by 20%, in line with the reduction achieved by Bloco de Esquerda in the State Budget for 2019. The maximum tuition fee will fall from the current 871 euros to 697 euros.

Catarina Martins also pointed out a number of “open” questions, such as electricity bills and public housing.

The Portuguese government decided not to promote changes to labour law. Since Portugal is one of the countries in Europe where electricity is more expensive, the reduction of VAT on electricity is a fair measure, providing people with more purchasing power. Our proposal reduces the current VAT rate of 23% to 13% in 2020, towards the goal of 6% in 2022.

Other proposals tackling the current housing crisis affecting Portugal include the elimination of privilege schemes (i.e. gold visas and tax benefits to Non-Habitual Residents) and the promotion of affordable housing rents.

Bloco de Esquerda also undertakes to present, in the “specialty stage”, the various measures that have not been the subject of negotiation. Among them will be proposals on education, culture, science, justice, transportation, and environmental issues. 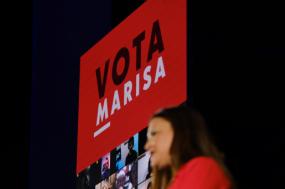 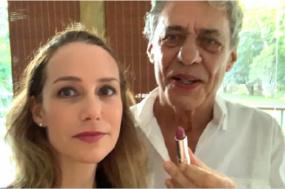 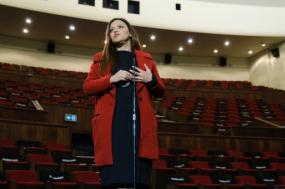 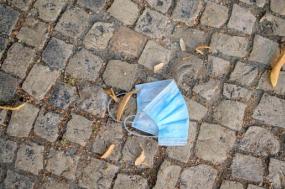 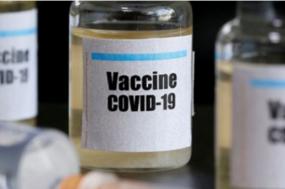 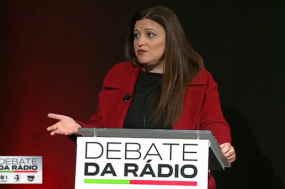 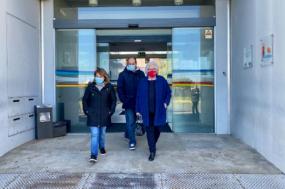 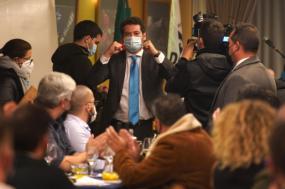 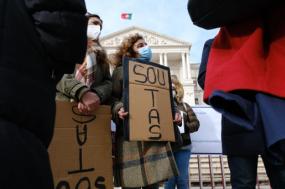 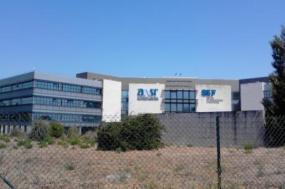 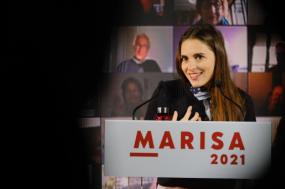 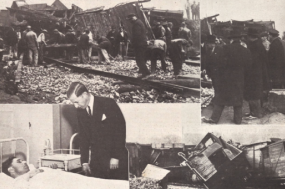