Artigo    /   English    /   Motion R - Growing from the root, the radicality of reinventing politics

Motion R - Growing from the root, the radicality of reinventing politics

Here is the last of the three motions that to be discussed in Left Bloc's national convention this weekend. Motion R had 116 subscribers, the first of which is Afonso Jantarada. 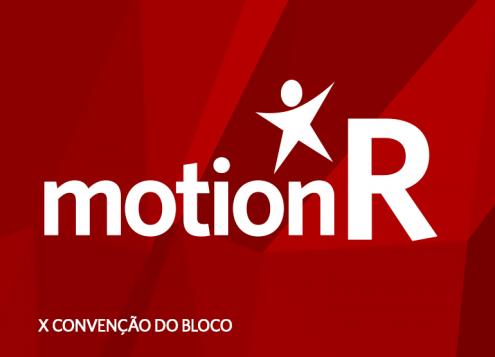 1. Only anti-capitalism is the answer to the crisis

We live in a time of crisis and war. Financial, economic and ecological crisis. We need to strengthen the idea that crisis are the present and the immediate future of global capitalism. Because being anti-capitalist is the capacity of going to the root of the problems an alternative program that gives answers to the crisis is urgent.

2. Eco-socialism must be a priority and not an empty jargon

We live in a world of ecological crisis. If the productivist, consumerist and extractivist politics, together with the uncritical narratives of unstoppable economic growth, are part of the problem, it is then necessary to show that 'green capitalism' and the moralist and individualist perspectives on ecologism are not the necessary answer. We need to mobilize knowledge and alternative practices capable of building an ecologist anti-capitalism, capable of facing the neoliberal environmentalism of Monsanto or Gazprom.

3. Financial dictatorship and austerity remain the horizon of dominant politics

We live in a time of financial dictatorship. Real existent democracy is diminished by the naturalization of market laws and by the growing power of speculators. Global financialization stole the space of popular sovereignty and, thus, austerity remains as the sole “realistic” politics for the ones who are not willing to confront directly the financial powers – although its rhetoric has momentarily softened in Europe. The deregulative power of finance reveals itself also through the TTIP that must be strongly combated.

4. The European Union is the deepening of inequality, and the closing of Europe is as unjust as impossible

We live in the Europe of inequalities. The galloping of the crisis has shown the true core of a project filled with contradictions, where austerity, debt, and a common currency are added as factors for the constant aggravation of inequality. Not to accept the constraints of the debt means to promote a public citizen auditory to the debt, re-centering the debate in the concept of 'illegitimate' debt, and creating the conditions for a fair renegotiation of an unsustainable debt.

With the European Union as a political project in crisis, with its highly undemocratic institutions, with the higher structures at the service of the dominant class of the more powerful countries, with the possibility of different 'exits', the left must have the intelligence of building a political line with concrete internationalist reivindications.

We know that the Euro aggravates the inequalities between center and periphery. In this sense, Bloco makes it a priority the development of a working group on the Portuguese exit, that can include contributions of different activists beyond Bloco's membership, and that can study in detail the different possible scenarios for exiting the common currency.

The other face of Europe is its process of closeness that leaves humanity outside. By choosing the side of war and being complicit with the smashing of the Arab Spring, the European leaders have deepening a denominated 'migration crisis' that turned European borders into graveyards. At the same time, the extreme-right growths in the heart of Europe, securitarism comes back on behalf of 'the war on terror', and islamophobia became generalized. Bloco will commit itself unconditionally against war and the intertwined colonialist interests.

5. The national bourgeoisie gathers the crumbs and builds an enviable country

We live in a blocked country. By accepting the straitjacket of the debt and the inevitability coming from the core of the EU, the country gives up a strategy of development or any policy of public investment. Portuguese capital has been an active participant and accomplice in the model of internationalization and financialization of the Portuguese economy. The national bourgeoisie remains rentier, lives from the distribution of benefits by the state, bets on immediate profits in the service and distribution sectors, and impulses the destruction of the country's productive capacity.

Therefore, the left must be capable of discussing again the productive system, collective property, and the planification of the economy.

6. The politics of the Socialist Party are insufficient to answer the grievous situation of the country

Despite having made what it never did, the Socialist Party is still the same. Coherently social liberal but held down by the correlation of forces that came out of the last parliamentary elections, it has sought to take advantage of the financial crisis momentary relief to reverse some of the most onerous policies of the Troika and the right-wing government.

However, without the external debt renegotiation and by maintaining the strict limits of the Budget Treaty it will end up shocking with reality and it will have to choose between light austerity or social rights. Bloco won’t hesitate on choosing the field of social rights, even if that means disobeying the high structures of the European financial institutions and confronting financial capitalism, and exiting the euro, if necessary.

This agreement can only remain in place while the minimal objectives approved remain in place, and if/or austerity doesn't come back through other means. Wage and pensions cuts, raising taxes on essential goods, privatizations and bailing out more banks are measures that will have a strong opposition by Bloco and will terminate the parliamentary agreement with the Socialist Party. Moreover, the left can not fall into the trap of limiting its politics exclusively to the defense of what has been agreed upon.

7. Understanding the conflict between capital and labor is still essential to any answer to the crisis

The existent trade unionism continues to lose strength and representativity, without being capable of renewing itself or finding ways of counteract the atomization of the class and the loss of references of struggle. Only a real democratic trade unionism that releases itself from the heavy bureaucracy and with practices of horizontal decision making processes will be capable of being far-reaching and organize workers for the struggles to come. It is of central importance today that union belonging can exists whether a worker has a contract or not, whether a worker is unemployed or not. It is necessary to coordinate trade union interventions with the necessities of the communities and bring anti-austerity reinivications to the labor struggle.

Bloco will seek to intervene in the labor movement, through representative trade unions, workers commissions, associations and informal structures at the work place. Bloco will always advance unity around processes of struggle, democracy from below and the capacity of articulation between workers beyond borders or working sectors.

8. Local and regional elections are an opportunity to overcome the pettiness of the politics of the possible

The regional elections in Azores in October 2016 and the local elections at the end of 2017 are an opportunity for Bloco to become an agent of transformation at the local level, defeating the politics of the center parties, and building an intransigent program around the defense of public services and popular participation in public management.

Bloco's project for the local elections will be to favor unitary lists that represent in each local, city or region the forces that can better combat the right-wing, with a clear left-wing program beyond the arithmetic of the parties that already exist. Where this strategy is not possible, Bloco should run with its own lists.

Bloco must promote initiatives that can produce political programs built in a participatory way by the population and carry out a broad national debate about the priorities of left-wing political work at the local level. Bloco disputes local power beyond the electoral moments, but knowing how to use them as an instrument to revitalize politics.

9. Bloco needs to reinvent politics and grow from the root

Doing politics beyond the immediate means to be able to set up political agenda. Bloco needs working groups that are not mere 'transmission belts' of the leadership and strong political campaigns of medium range that can show a party with the capacity of taking the streets.

To Bloco is required the capacity of reinventing politics. Bloco's financial sheets and the generic information of wage scales of its paid organizers must be public in the online platforms of the party.

This capacity of reinventing politics is also done by growing from the root. And this means both having a mobilized and organized base that has a voice in the political line of the party, and the capacity of building Bloco as the “Party of Solidarity”. Thus, to root Bloco means to place it at the service of the movements of solidarity and self-organization of the underprivileged, and being able of building the necessary trust bridges that allow unity in the struggles against austerity.

10. Bloco has been a top-heavy organization and we need more democracy and more mobilization

The top-heaviness of a leadership that has revealed itself incapable of delegating competencies has “funneled” the proper functioning of the party, and the real determinant decisions that shape the future have been consequentially made by fewer and fewer people. We need to invert this path and multiply spaces of democratic decision, have assemblies with deliberative power, and other participatory tools that have already been approved but never put into practice.

11. Bloco commits itself to building a high-intensity democracy and to the primacy of shared leadership work

A high-intensity democracy requires collective organization at all its levels, from the base to the leadership. We believe in the urgent need of reinventing Bloco and make it grow from the root: because only popular rooting can defeat social injustice. 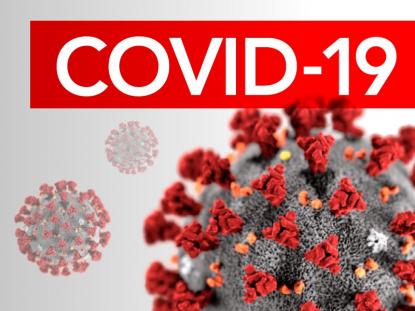 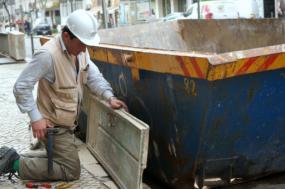 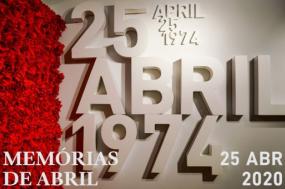 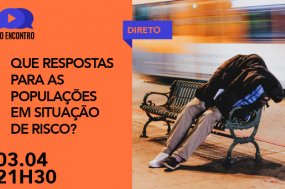 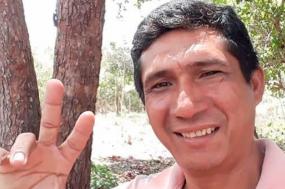 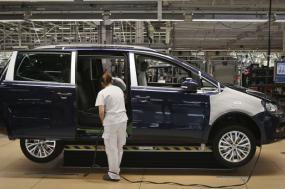 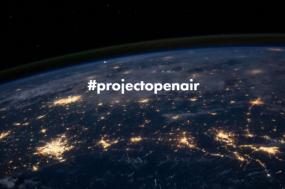 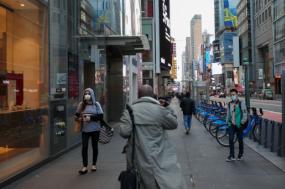 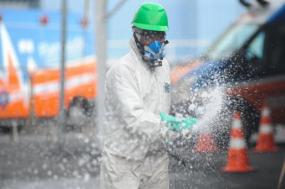 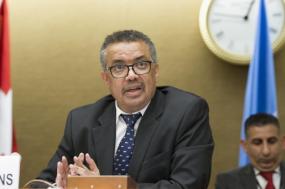 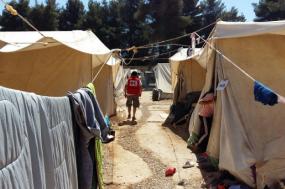 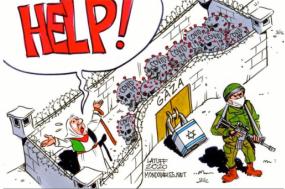