With 99.4% of the votes counted, Marisa Matias obtained 10.12% of voter support and was the third most voted candidate. 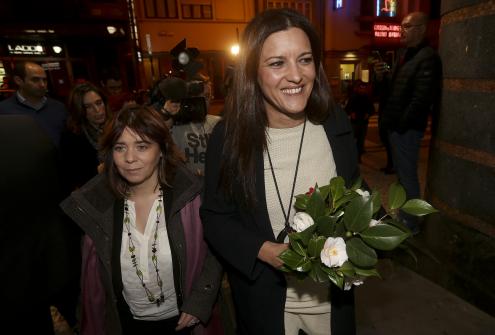 Once practically all of the votes had been cleared, Marcelo Rebelo de Sousa, the right-wing candidate became the clear winner of these presidential elections. Having scored 52.15% of the votes there will be no need for a second round. Sampaio da Nóvoa, who was supported by part of the Socialist Party, obtained over one million votes, with 22.82% of voter support.

Marisa Matias was in third place, with 10.12% of the votes. The candidate supported by Bloc scored over 460 thousand votes, the best result ever for a candidate of the Left Bloc’s political area. With this result, Marisa Matias will go down in history for having achieved more than the 419 thousand votes which Maria de Lourdes Pintasilgo had obtained in 1986, hence becoming the female candidate with the best result in any presidential election in Portugal.

Maria de Belém, of the Socialist Party, obtained 4.24% of the votes and Edgar Silva, of the Communist Party, 3.91%. In an election where voter turnout continues to be low, with an alarming abstention rate of 51.28%, the five least voted candidates only managed 6.8% of the votes.

Marisa Matias said that the results were “a clear expression of the wave of hope growing in the country”, despite the goal of going on to a second round not being met. “This candidacy got votes from several sectors of society, from the left to the right, and it surely got many votes from abstention and people who had given up”, Marisa Matias added. Catarina Martins, the spokesperson for the Left Bloc, said that the party will be institutionally loyal to the President, but it will not “give up their coherent and determined battle against austerity and will continue to fight for employment, the welfare state, transparency, freedom and equality”. According to Catarina Martins “after the legislative elections in October, these elections confirm what many refused to understand: that Bloc’s determination has changed the political map in Portugal, that there are people who wanted to start dismantling austerity and chose this political space to fight for and to defend workers and pensioners”.

Congratulations with good results in the presidential election.