Privatisation of public transport, exams and MAR discussed in Parliament

Parliament voted members’ bills to end both standardised exams in Portuguese and Maths for nine-year-old children and the teacher certification examination, as well as, the privatisation of public transport in Lisbon and Oporto. 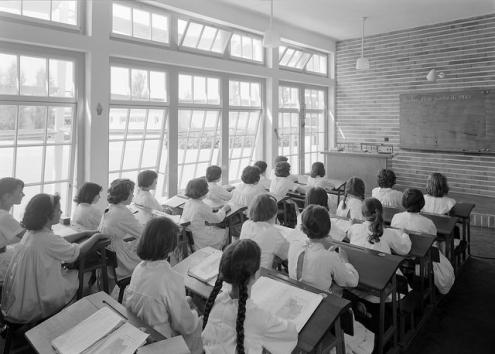 One of the first post-revolution (25th April 1974) demands had been to put an end to compulsory exams for fourth grade children at the end of primary education. These exams were later re-introduced by the minister of education of the right-wing government, much to the dismay of teachers, parents and children. The members’ bill proposed by Left Bloc, with the support of the parliamentary majority (Socialist Party, Communist Party and Green Party) was voted in Parliament and these exams will no longer take place in 2016. The right wing voted against this change. Another bill proposed by the Communist Party and the Left Bloc has eliminated the teacher certification exam, also introduced by the right, which supposedly tested teachers on their “knowledge and competencies”.

A members’ bill by the Communist Party and the Left Bloc will revert the ongoing privatisation of public transport in Lisbon and Oporto, thereby cancelling the collective redundancy that was foreseen in the process. The bills passed with the parliamentary majority’s votes in favour. A members’ bill regarding Medically Assisted Reproduction (MAR), presented by the Socialist Party and the Left Bloc, was discussed but was not voted, having been submitted to a committee to be analysed, and in ninety days discussed in Parliament once again. The bill by the Socialist Party proposed the extension of MAR techniques to single women (the present law only makes them available to women with a male partner or husband). Left Bloc’s bill included the legislation of surrogacy. These bills, if passed, would mean another important step towards civic and equality rights, after last week’s vote approving laws that allow same-sex couples to adopt children.