Portugal: what happens next?

Now that the motions of rejection have brought down the right-wing government, what is going to happen next at the Portuguese parliament? 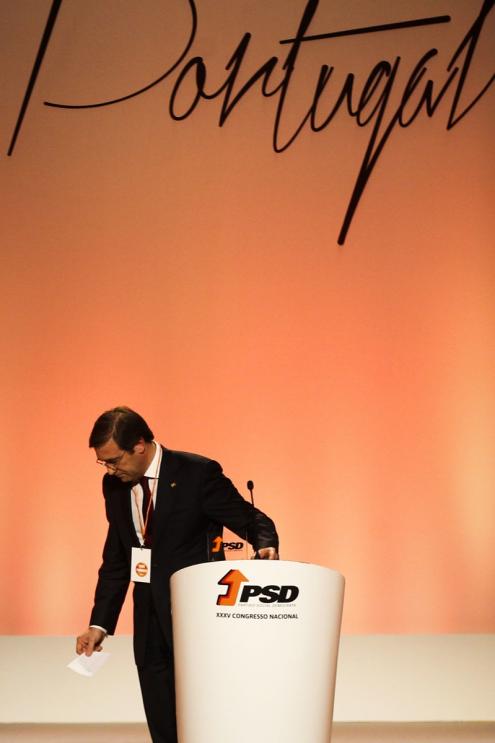 After the motions of rejection submitted to parliament were passed on Tuesday to oust the right-wing government, the country's future now lies in the hands of the President, Cavaco Silva. Cavaco Silva is a historical leader of the Social Democratic Party (PSD), the same party as Pedro Passos Coelho, the newly ousted Prime Minister. Cavaco Silva, who previously made the now iconic statement “I am never mistaken and rarely have doubts”, assured people during the election campaign that he had studied all the possible outcomes of the election.

The President chose to appoint Passos Coelho as Prime Minister, even though he knew that the Socialist Party (PS) and the left had the majority of parliamentary seats. With the agreement between the PS, the Portuguese Communist Party (PCP) and the Left Bloc (BE), Passos Coelho was removed by parliament a month and a half after being rejected by the people in the election. Everything is in Cavaco Silva's hands again. Sooner or later, he will have to recognise the secretary-general of the PS as the Prime Minister.

In accordance with Portuguese law, a new general election can only be called six months after the previous election. In this case, the next election can only be called in April 2016 or later. Since Cavaco Silva’s term of office ends in January, he does not have that option unless, however, there is an extraordinary revision of the Constitution. Passos Coelho, revealing himself to be a sore loser who does not wish to admit defeat, has said that he is willing to pass a revision so that parliament can be dissolved and a new election called. Nonetheless, an extraordinary constitutional revision can only take place if it is approved by two-thirds of MPs, which is unlikely to happen.

"The PSD and CDS together have not elected enough MPs to form a government, let alone have a constitutional revision, it doesn't make any sense, it is a desperate argument" said Catarina Martins.

“The right wing is absolutely desperate”, said Catarina Martins after hearing Passos Coelho's speech. She argued that “the PSD and CDS together have not elected enough MPs to form a government, let alone have a constitutional revision.” “It doesn't make any sense. It is a desperate argument, but despair is dangerous because it creates more instability in the country”, added Catarina Martins.

The President is also unable to appoint a government of his own because it would be rejected by parliament. Finally, Cavaco Silva cannot appoint Passos Coelho as Prime Minister of a caretaker government because Passos Coelho himself has said that he would not accept it. The next step is clear. Even so, the President has not yet said when he will announce the inevitable. For someone who had prepared for all possible outcomes, it is hard to understand why it is taking him so long.