In Portugal people die from the cold

Portugal is probably the country in Europe where people feel more the cold. The statement may appear bizarre, as Portugal is a country in the South. But, paradoxically, it is true, and whoever knows people in other countries knows it is so. By José Soeiro.
José Soeiro 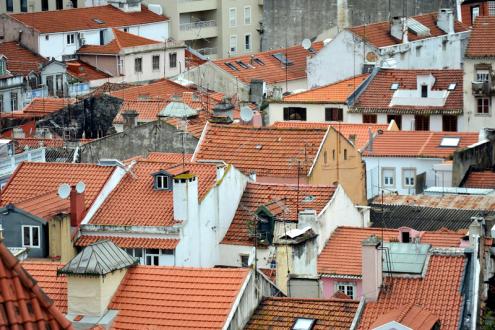 In Portugal one feels colder than in Belgium or France, than in Austria or Lithuania, and this happens because we do not have proper heating measures nor do we have measures to tackle energy poverty. Tragically, and bearing in mind the rate of seasonal mortality, we can say that in Portugal you literally die from the cold.

The phenomenon has two explanations. The first is that a quarter of the population live in houses that are not energy-efficient. Social housing tenants, the generally poorest in society and the elderly in a rural environment are the first victims of poor quality construction designs, lacking in insulation and central heating.

The second explanation is related to energy prices. Portugal has one of the most expensive energy bills in the European Union, and home heating is very much dependent on electricity. The result is that 70% of disadvantaged families are not able to keep reasonable levels of comfort during the winter. Many cannot afford a heater, and many others have even their electricity cut off. These are the people who live in the most deprived and least isolated houses, where the need for heating would be the greatest.

This is why the question of energy must be debated both as an environmental issue (how to minimise energy dependency and reduce CO2 emissions?), and as a matter of social justice (how to tackle energy poverty and the inequality in energy access?).

At the discussion on the details of the State Budget, the Left Bloc put forward a proposal that shall be the very important first step in this direction. In summary, the proposal involves turning the concession of the Energy Social Allowance automatic to people with low income and who are recipients of other welfare provisions to tackle poverty (CSI, RSI or the highest rates of child benefit). Deep down, it is about expanding an already existing measure, that reaches only 110,000 people, so as to include a million families. As for public expenditure, it is none, because it shall be EDP, the company that had profits exceeding a billion euros, the one to bear the brunt. For low income families, the difference might come to 10 euros a month in energy bills.

It is obvious that the issue of energy poverty will not be solved with this measure. As a researcher on the topic suggested in a recent article, other possible ways include a serious urban rehabilitation programme, policies that foster the usage of solar energy, a decrease in the electricity VAT or the creation of pricing-tiered bills with seasonal variations. But the approval of the energy social allowance is the proof that Portugal can move in the right direction. Its presence in the Budget highlights the difference the current political situation can make in people’s lives.