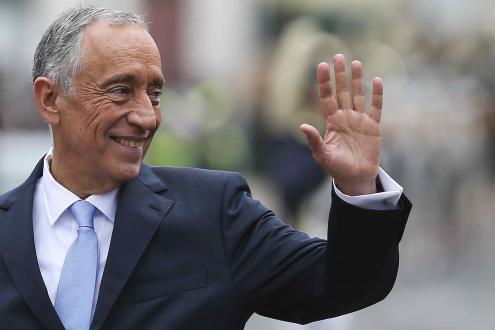 In his first speech as President, Marcelo Rebelo de Sousa ensured “indefectible institutional solidarity” with the “legitimate and plural representation of the popular will expressed in the parliament”. He also promised to be “a permanent and scrupulous gatekeeper of the Constitution and its values”, at the same time as he defended the balance between balance sheet accuracy and politics of growth and employment.

“We have to heal the wounds of these long years of sacrifices, with the weakening of social protection, loss of consensus, division between the political hemispheres”, Marcelo added, defending that the country is going through a time when “it is urgent to recreate convergence, to rediscover dialogue, to reenact understandings, to reconstruct the reasons for more hope”.

Reacting to the speech of the new President, Catarina Martins, the Left Bloc’s spokesperson, said that “the false consensus around the political centre - to which the economic power corresponds - does not meet the concrete needs of the people regarding the crisis” and she defended that the new term of the President should “correspond to the legitimate expectation of democracy with social rights having another weight”, which they did not have during the term of his predecessor, Cavaco Silva.

“Over the past years, we had a President who, on several occasions, failed the Constitution”, Catarina Martins added, defending that the new President “not only must ensure that the Constitution is defended, but he will also have to guarantee the democratic sovereignty of the country during the difficult challenges ahead”.

Jerónimo de Sousa, the Secretary General of the Communist Party, reacted to Marcelo’s speech saying that “it takes more than good intentions - it must be put into practice” and added that it is necessary to define what the convergence and the consensus are built around. Jerónimo added that the wounds which need heal are the ones of “those whose lives have been destroyed, who have had to emigrate, who have lost their jobs or whose pension is not enough”, but he believes that “perhaps” the President was not considering the same wounds.