Everyone has a Right to Equal Rights

On the 1st March, a new law granting same-sex couples the right to adopt came into effect. Finally Portugal has become more equal, and as a result it will be fairer and healthier. By Sandra Cunha.
Sandra Cunha

The law that grants same-sex couples the right to adopt was passed by the President, Marcelo Rebelo de Sousa, on the 18th February 2016 and publicised on the 29th February, coming into effect on the 1st March.

There are countless families out there who, for a long time, have longed for their families to be legally recognised, or for the day that they would finally be able to welcome a child into their family; one that they could bring up as their own.

Today, we finally have a more egalitarian country, and as a result it will be fairer and healthier. This has come after threats of unconstitutional referendums, and the previous President, Cavaco Silva’s conservative and discriminatory views - a man who did everything he could to stop the civil progress of Portugal.

Many years of fighting, of advances and drawbacks, of hopes and disappointments have led to this. Many tears were have been shed; there has been a lot of discrimination, a lot of humiliation, but also a lot of people who have never given up, who put themselves on the line, who didn’t resign themselves to the situation and who demanded to be treated equally by the law. They demanded, above everything, that the best interests of these children be taken into account and respected. As of today, in addition to the security and emotional stability that parents and children get from knowing that their family is legally recognized, all children are entitled to accompany either of their parents if they fall ill; they can now be legitimate heirs or beneficiaries of social support through either of their parents; but above all, they can grow up knowing that their family is as valid as any other.

It is true that the law in itself does not make these changes, but it inspires them, and supports them. As of today it is also easier to fight for the recognition and social acceptance of these families. These are battles that are waged in daily life, in schools, health centers, in public institutions, and in communities. Only in affirming the presence of these families, and especially in making them visible can we deconstruct the prejudice that surrounds them and promote a society that looks at every family, at every individual and every child without labeling them, without suspicion and without discrimination.

After several Members of Parliament and Left Bloc MPs such as Francisco Louçã, Luis Fazenda, Helena Pinto, Cecília Honório and José Soeiro, had fought for these causes, I also had the privilege of participating both in parliament and in the fight for equality at the start of this parliamentary term. I had the pleasure of contributing to the historical moment - for the second time in few days - of a law being passed in parliament, a law that eliminates discrimination based on sexual orientation and finally establishes the equal right to have a family, through adoption, for each and every citizen of this country.

The Left Bloc has been fighting for equal rights right from the start. It has denounced any discrimination and brought all these battles to the political agenda; from same-sex marriage to adoption by same-sex couples, from the right to abortion to protection from domestic violence, from respect for transgender identity to the dignity of intersex people. We will not stop fighting against all the injustice, and fighting for this much needed change that will make our society more tolerant, fairer and into one where everyone has the right to the same rights.

Published by Escrever Gay on March 9th 2016. Translated by Luci Ruas for Esquerda.net/English. 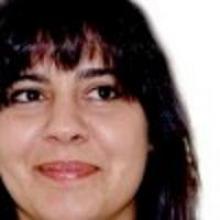