Catarina Martins "We will be rigorous with what we agreed upon"

Catarina Martins reminded the fiscal attack on the middle class from the right-wing government and showed confidence that the recovery of income will continue in 2017. 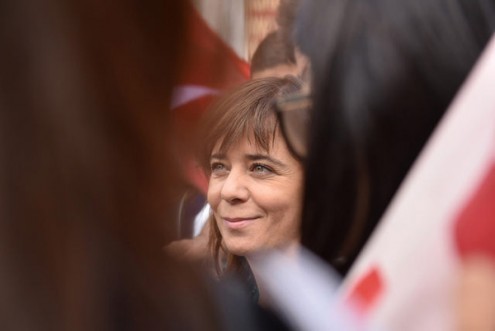 Catarina Martins, the Left Bloc’s spokesperson said recently that “in the last three years there has been a huge increase of the taxes on the middle class: over three billion euros were taken away from the families”. However, since the new left-wing agreement there is now an “agreement to recover income” that will continue over next year.

For the Left Bloc’s coordinator, “Portugal tried the right-wing way and that led to a huge unemployment, to more fragile public budget, to an increase of the public debt, to a financial system that is each time more fragile and causing problems for our economy”.

“We know that the Socialist Party is worried with European budgetary constraint, because it signed with the right-wing the Budgetary Treaty, which we think was a mistake”, Catarina added that “the Left Bloc had 10% of the votes and with our strength we are doing the best we can to stop the impoverishment of Portugal”. Therefore, she concluded “we will be rigorous with what we agreed upon and I am convinced that we can have a State Budget for 2017 that fulfills our agreement”.