The business of leasing people

Temporary agencies’ profits simply come from the business of leasing people to others. We know what it’s about: acting as intermediaries for workers and keeping part of their salary. But is it legitimate? By José Soeiro.
José Soeiro 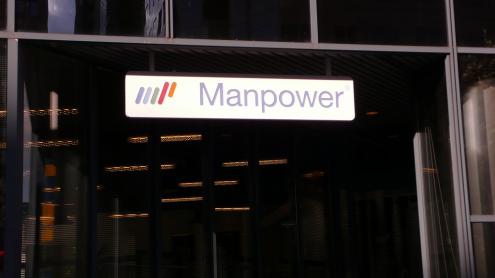 There are around 215,000 supposedly “temporary workers” in Portugal. Most have permanent roles, whether at factories or call centres: the same position is filled by different workers on contracts that are sometimes even drawn up on a weekly basis. Two-thirds earn less than €600 per month.

This is the fastest growing sector in Portugal. At the end of 2015, there were 231 companies authorised to provide temporary work services, 26 more than the year before. In two years, their revenue has increased by 20%, with €1.075bn more in turnover. Where does all this money come from? Why is this business so profitable?

Temporary agencies’ profits simply come from the business of leasing people to others. For an employee making €600 a month, some agencies make just as much for their services, classified as “selection”, “recruitment” and “placement” of labour. We know what it’s about: acting as intermediaries for workers and keeping part of their salary. But is it legitimate?

It hasn’t always been. On 1 July 1949, the International Labour Organisation conference, in Geneva, passed Convention no. 96, which had the specific aim of abolishing “fee-charging employment agencies conducted with a view to profit”, i.e. eliminating “any person, company, institution, agency or other organisation which acts as an intermediary for the purpose of procuring employment for a worker or supplying a worker for an employer with a view to deriving either directly or indirectly any pecuniary or other material advantage from either employer or worker”. The same resolution suggested a path to follow: the replacement of such agencies by “a public employment service”. This is how job centres were born.

The history of the convention itself would be worthy of a long conversation. But what has happened in recent decades is well known. There has been an intense process to re-legitimise this business with academic studies, the creation of ombudsmen and a great deal of political lobbying, money and changes to legislation. Three main arguments have been used in favour of these companies: temporary work provides the legal and contractual form required by a flexible economy; the use of temporary work is a modern way of managing “human resources”; temporary work companies are a “regulated” way to fight “false freelance” situations and informal work mechanisms, combining flexibility with a contract.

However, there is a great divide between rhetoric and reality. Most temporary workers hold permanent positions but are in precarious employment relationships. There are more and more ploys to transform normal operations at the businesses that use agencies into “campaigns” and “projects”, whether at companies like PT and Sonae or at public offices. Temporary work has been used to tear apart collective labour organisations, take responsibility away from the companies that use agencies and abruptly lower wages. The temporary nature of the contracts is a source of blackmail and domination. In other words, the overall result is terrible. Employment and wages get worse, intermediaries are fed, lives are made less stable.

Some people say that temporary work agencies are inevitable or an innovation for new times. But they are above all a sign of the abuse that has become commonplace. We urgently need to end this abuse.

Article published at expresso.sapo.pt on april 29th 2016. Translated by Tom Williams for esquerda.net/English.